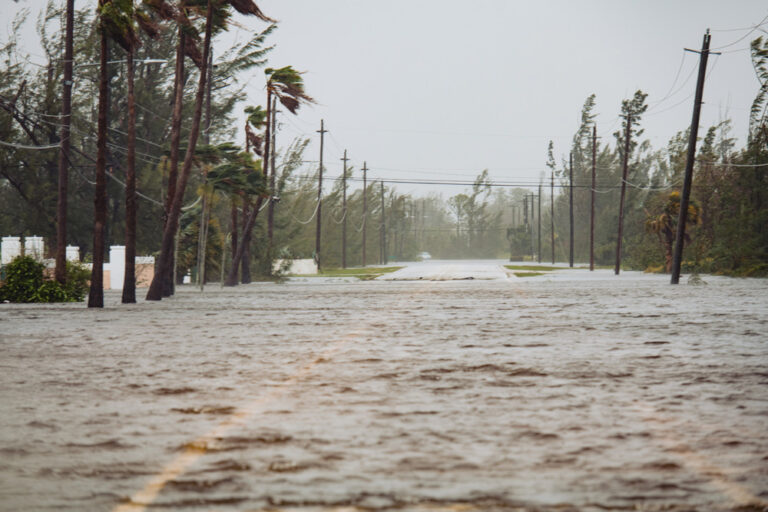 Public invited to submit their testimonies

NASSAU, BAHAMAS — Dr Crystal A deGregory is taking the initiative to draw a silver lining around the dark cloud left behind by the ravaging force of Hurricane Dorian.

The killer storm, which rampaged through the islands of Abaco and Grand Bahama in 2019, resulted in a staggering loss of life in The Bahamas and left the nation in a state of mourning. The death toll stands at 74 people — 63 from Abaco and 22 from Grand Bahama.

Two years later, hundreds of people from these islands are still declared missing, though presumed dead, with surviving family members and friends denied a chance at proper closure and left to wonder about the fate of their missing loved ones.

DeGregory, herself a survivor of Hurricane Dorian, curated the digital storytelling and story-keeping project called “Dorian and Beyond” in response to the national tragedy and her personal brush with the storm.

The project, which was launched on October 12, features a blog dedicated to collecting the stories of Bahamians who were impacted by Hurricane Dorian.

“We are a resource seeking to ‘story-tell’ and ‘story-seek’ the experiences of Bahamians [impacted by] Hurricane Dorian. The blog is just one programmatic effort of a larger project that’s called ‘Dorian and Beyond,’” she told Eyewitness News.

DeGregory revealed that the featured content will also center around ways to mitigate the devastating effects of hurricanes with information on hurricane preparedness and storm systems.

As a historian, deGregory’s aim for the project is to document and preserve the diverse accounts of Bahamians who experienced the storm so that the memory of Dorian, though grim, is never forgotten.

“It’s a now project, but it’s also a very future project,” said deGregory, who serves as a research fellow with the Center for Historic Preservation at Middle Tennessee State University.

“Someone in 50 or 100 years may say: ‘I wonder what happened’; ‘Do you know what happened?’ You can go to ‘Dorian and Beyond’ and here’s a record of many, many different people’s experiences.”

DeGregory is also mindful that the blog can provide a means of communal support for Bahamians still grappling with storm trauma, like survivor’s guilt.

She said: “What I am asking people to do I understand is a sacrifice of sorts for them, but it is my hope that it will be a gift, not just for the future, in that there will be a physical and digital record of what we experienced but also that it may be cathartic for those who offer submission to find a community of support and affirmation for what they experienced then and for what they may be struggling with even now.“

DeGregory, who is based in the United States, shared some of her own personal trauma as a result of the storm with Eyewitness News, revealing that she was on a chance visit to her native Grand Bahama before the storm hit.

“The truth is, I experienced Hurricane Dorian because I happened to be home on a visit and because I could tell that my mother wanted to stay, and so I stayed,“ she said.

DeGregory said she neither experienced death within her immediate family nor sustained damages to her mother’s property as a result of the storm.

“Immediately after the storm, I sat at home in the days following the storm, you know, doing what we all had to do, which was get water, get gas, find food and check on other people who hadn’t fared as well,“ she said.

“Doing the daily runs [other] people did was not something that I was really at liberty to do because it wasn’t my car or my things that I depended on. So, I thought: ‘Okay, my role and my service is going to be as a storyteller.’

“I knew that I could tell stories and I have experience with telling stories. For the vast majority of my career, the stories that I’ve told have been the stories of Black colleges because that is my area of expertise as a historian.

She recounted that following Hurricane Dorian, she began the project by contacting the then managing director of the Disaster Reconstruction Authority (DRA), Katherine Forbes-Smith, in November 2019.

This then led to a partnership with the International Organization for Migration (IOM) Bahamas, which provided the project’s seed funding.

All I can say is “thank you Jesus!” May the Lord crown you with wisdom, knowledge and understanding. I’m sure God Himself graced you with this assignment. My father is a Bahamian. To this day, I’ve yet to find what happened to many of my friends. I’m excited for what is coming from you!! Thank you kindly 🙏🏼