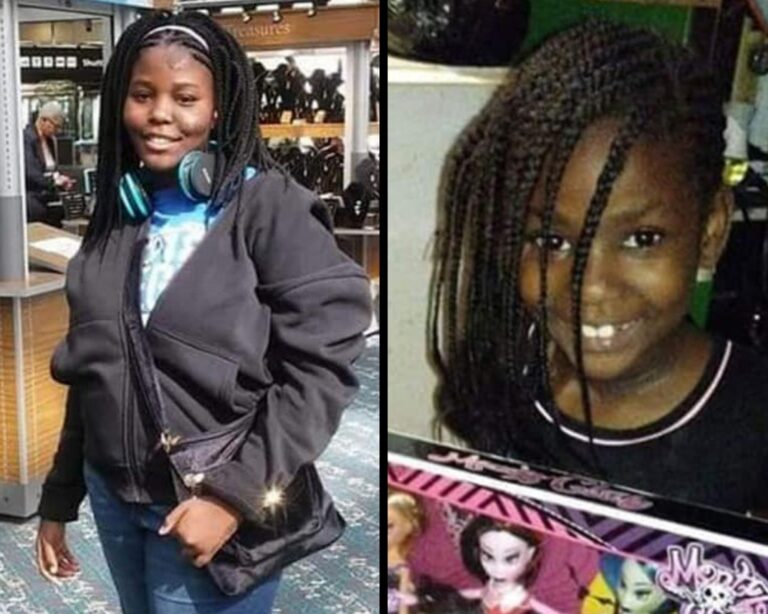 Jendayai Edgecombe, 17, and Myeisha Edgecombe, 8, who went missing during Hurricane Dorian in September 2019.

NASSAU, BAHAMAS — Carlene Edgecombe said the last time she spoke to her two daughters was over the phone, as they told her in horror of the waters rising in an Abaco church shelter during Hurricane Dorian.

Edgecombe was testifying via a Zoom call during an ongoing coroner’s inquest into victims lost during the deadly September 2019 storm.

The bereaved mother broke down during testimony, admitting it is still hard for her to recount the tragic events even though she has told the story so many times before.

Edgecombe explained that the night before Hurricane Dorian barreled its way through Abaco, her two daughters, Jendayai, 17, and Myeisha, 8, at the time, wanted to go with their father — Samuel Edgecombe — to ride out the storm.

The three were staying at Calvary Baptist Church in the heart of Marsh Harbour, along with Edgecombe’s sister and a few other women, including a Haitian woman and her nine-year-old son.

She said her husband, who is a pastor and construction worker, used the church as a shelter, though she was unsure whether it was an officially registered shelter.

Edgecombe said she spoke to her kids that night to see how they were doing and even tried to convince them to come back home and stay with her, telling them that she was watching their favorite cartoon.

But they laughed and said they were okay and wanted to stay in the church.

Edgecombe said around 10.30am on Sunday, September 1, 2019 — the day Dorian hit — her youngest daughter called her in a panic and said “mommy, the water coming”.

The monstrous storm had winds beyond 200MPH, with surges 24 to 28 feet above sea level.

Edgecombe said she tried to tell Myeisha to stay calm and told her to put her big sister on the phone.

Edgecombe told the court that when she spoke to Jendayai, she told her to tell their father to make sure they were safe and to hold her sister close. She said she told her not to let her go anywhere alone.

“I told her no matter what to hold her,” she said.

But while they were talking, Edgecombe said the phone suddenly went out and the service was dead.

“That was the last time I spoke with them,” she said.

Meanwhile, Edgecombe said, she was also fighting to survive the storm from her home, with four elderly women.

She said she was with her mother, two cousins and aunt, who were between the ages of 60 and 98, when the eye of the storm passed and the water began to rise in her home.

The group decided to go into the ceiling until the water went down enough for them to move and seek shelter at a government complex where hundreds of others had also fled.

“Only God allowed everybody in that house to live,” she said.

Edgecombe noted that her 98-year-old relative was fully cognizant during the storm, and when told to look outside at the rising water, the older woman joked: “Okay, we’re all dead. We can’t run.”

Though they ultimately survived, having made it to the government complex, the eldest woman died three months after the storm.

Edgecombe said when she arrived at the complex, she immediately started searching through the rooms to see if she could find her daughters, but her efforts were futile.

She later met up with her husband, who upon seeing her simply shook his head, started crying and walked away.

She said she broke down crying in that spot for nearly three hours.

Edgecombe said she attempted to stay busy by warming food and making tea for others in the shelter, but when she tried to speak to her husband about what happened, he did not give her any answers.

She said she tried to convince Royal Bahamas Defense Force officers stationed at the complex to help find her daughters, but they told her there was no way to go in or out of Marsh Harbour.

“It was all underwater and too much dead bodies were floating around,” she said she was told.

Edgecombe indicated that after the storm, she went back to the church where her daughters were last seen and was told a man named Shawn Albury found both girls huddled In each other’s arms, next to the steps of his home.

She was told their bodies were picked up and taken to the morgue.

The only thing that remained of the church was the floor; everything else was “gone”, she said.

She claimed nearly two years later, her husband has never truly explained to her what happened.

She said he only told her that he looked for them and tried to swim around through debris and “a lot of dead bodies”.

The couple has not spoken since then, she said.

Edgecombe told the court that her sister, who survived the storm, shared with her, her account of that sad day.

She said her sister told her that when the church started experiencing the worst of the storm, her husband “blanked out” and watched as the chaos ensued.

She said the other women in the church decided to put Myeisha and the nine-year-old boy in the ceiling.

But a wave came and crashed into the church and the waters began to rise, knocking the two children out of the roof, Edgecombe said she was told.

Her sister, who said she could not see where the children went, told her that she tried to hold onto Mr Edgecombe when the wave came back, fighting to survive but nearly drowning him at the same time.

That’s when, she said, he took off his shirt that her sister was holding onto and let her go.

“Only God saved her,” Edgecombe said, explaining how her sister was able to find a plank to hold onto and was later saved by the very same man who found her daughters’ bodies.

Even though she did not see her daughters herself, she said: “I know they drowned. That’s what happened… Everybody was fending for themselves.”

She said while her eldest daughter knew how to swim and the youngest was still being taught, it would have been difficult for Jendayai to swim while also trying to deal with the child.

The coroner’s inquest continues with testimony from witnesses for 34 people who were reported to police as having gone missing.

Many of the families impacted have not been able to get death certificates two years after the storm.