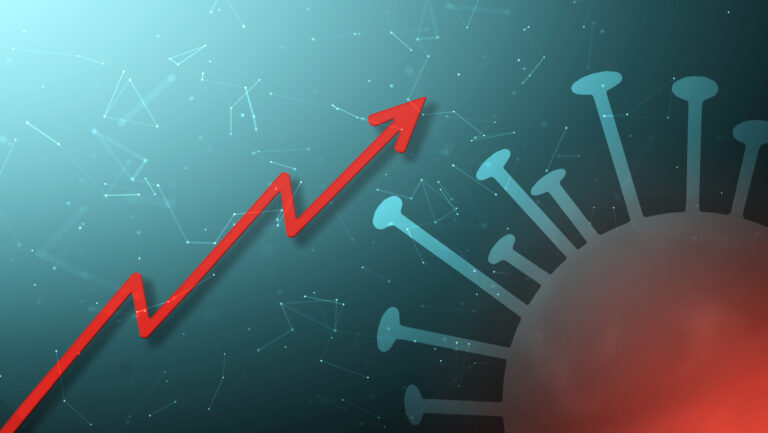 NASSAU, BAHAMAS — The Bahamas once again saw a record number of COVID-19 cases in a single day with health officials confirming 520 new infections on Thursday.

Of the new cases confirmed, 474 were confirmed on New Providence, 27 on Grand Bahama, four on Abaco, one on Exuma, and one on Crooked Island.

There are 13 cases with locations still pending.

Of the newly confirmed cases, 37 have a history of travel within the last 14 days  — 33 on New Providence and four on Grand Bahama.

Hospitalizations have also seen a slight increase in recent days to 26.

There have been 24,996 cases confirmed since the start of the pandemic, 2,269 of them remain active.

The Public Hospitals Authority advised yesterday that the Rand Memorial Hospital (RMH) is reporting a significant increase in the number of individuals presenting to the Emergency Department with COVID-like symptoms.

The PHA advised that individuals experiencing flu-like symptoms should contact the surveillance unit at 807-6634 for guidance regarding their symptoms.

Individuals experiencing moderate-to-severe chest pain, shortness of breath, or other medical emergencies are encouraged to seek treatment at the Accident/Emergency Department.

Health officials have confirmed that the country has entered the fourth wave of the COVID-19 pandemic since it first hit in March 2020.

The latest strain of COVID-19, the Omicron variant, has become the dominant strain in several countries across the world, including the United States.

While samples were sent abroad to confirm whether the strain was in the countries have yet to be confirmed, officials have indicated that they believe the Omicron variant is in The Bahamas.

The government has begun the distribution of medical-grade masks around the country and is expected to launch its free COVID testing program in New Providence in the upcoming days.

Prime Minister Philip Davis has said that curfews and lockdowns are “not on the table” as the country moves to tackle the recent increase in new COVID-19 cases.

However, in an interview with Eyewitness News yesterday former Prime Minister Dr Hubert Minnis slammed the government for its “inefficiencies” and “poor management” of the pandemic after opening a “free for all” with its policies.

Minnis pointed to the positivity rate of over 40 percent of tests being conducted.

He insisted that the World Health Organization recommend countries maintain an infection rate below five percent, “above that you are running into community spread”.

He described the rapid increase in cases as the virus spreading like mushrooms.

“They need to be honest and upfront to the Bahamian people,” Minnis said.

“It has spread rampant throughout this country and it’s best they warn the Bahamian people so they would know the facts and take the necessary precautions.”

Asked about the government’s decision to hold off on lockdowns, Minnis insisted that when he decided to lock down the country it was during a time where there were no vaccines to protect against the virus.

“We have never reached here,” he added.

“One in two people tested are infected. What it means is invariably any place you walk in this country, somebody in there is infected. And they need to be honest with the Bahamian people and inform them that it is out of control.”

Headlines like this will have us backnon a no travel list for American tourists. But, the new 3 day rt-pcr test will shut off much travel as faily in Florida still do not have results 4 days after testing so even if its negative, they cant come home, and would have to waste monry to test again and not get results back in 3 dats or less.

The government says it didn’t understand why airlines were still requiring Health Visas for residents when they changed the rules. The problem is the airlines need consistent and simple rules that apply to all, not a huge decision tree they have to go through for every passenger. And then the government keeps changing the rules. Maybe the government can take a cue from the US, the prime source of their tourism market. All non-citizens/non-residents – must be vaccinated and have negative covid test*. All citizens/residents – don’t need to be vaccinated but still have to have negative test*. Only option to replace negative test is a positive test of covid that shows test date is at least 14 days prior to travel date from authorized lab (can put a restriction on it that it can’t be older than 3 months either). Rapid tests are fine as long as report issued from proper facility like a pharmacy, etc.. that shows date/time/who administered (just not a home test kit). These rules are consistent with the US. Only difference I would suggest is 48 hours instead of 24 hours prior to travel. Just get rid of the Health Visa. Reality is the vaccine doesn’t stop you from getting infected but there is enough empirical data that it does help with you not getting seriously sick. If you require all visitors to be vaccinated, then there is no need for the “insurance” charge since it is highly likely that visitors will not get seriously sick and require hospitalization – thus will not be a hinderance on the Bahamas health facilities, which was the reason for the insurance to begin with.

But they ought to report hospitalizations too. Which are not many.
Maybe these tests are useless.