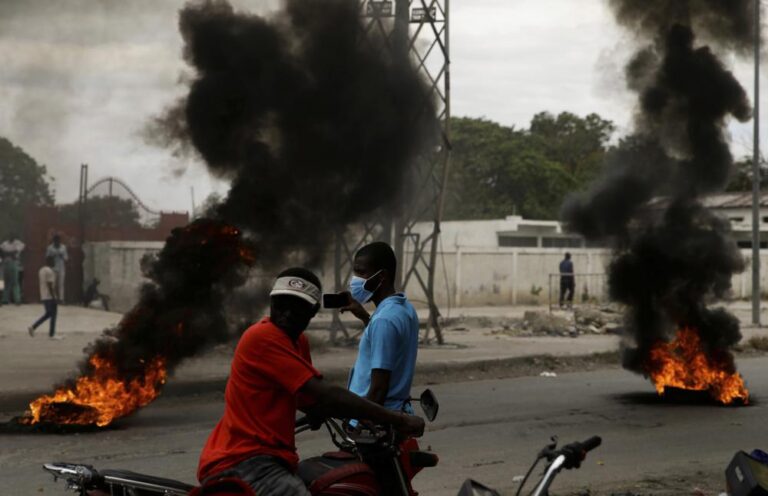 The entrance gate to Haiti is closed seen from Jimani, Dominican Republic, Thursday, July 8, 2021. Dominican President Luís Abinader ordered the closure of the border on Wednesday, after Haiti's government reported that a team of gunmen had assassinated President Jovenel Moïse. (AP/MATIAS DELACROIX)

Foreign affairs minister: We are not abandoning Haiti; we just want our people home

NASSAU, BAHAMAS — Minister of Foreign Affairs Darren Henfield advised yesterday that The Bahamas Embassy in Haiti will remain closed until the government feels confident it is safe enough to return diplomats to Haiti.

Henfield told reporters that all four diplomats from the embassy arrived in the country on Monday night in the aftermath of the assassination of Haitian President Jovenel Moïse last week.

The foreign affairs minister said he has spoken with high-ranking government officials of Haiti and reassured them that The Bahamas is not abandoning them.

“I wanted to reassure them that even though we wanted our people home, the Bahamian government, as well as CARICOM, we stand in solidarity with them and hope that this issue can come to a judicious end very quickly,” he said.

According to international reports, the Haitian president was gunned down in his Port-au-Prince home around 1am on Wednesday.

Haitian interim Prime Minister Claude Joseph said an unidentified group of people attacked the president’s private residence in a “hateful, inhuman and barbaric act”. He has appealed for calm in the country.

A state of siege has been declared throughout Haiti.

Henfield said at last report, the environment was “somewhat settled but still uncertain”.

“The history of Haiti is it doesn’t take much to trigger civil unrest and so we are hoping and praying that the perpetrators can be brought to quick justice and this can somehow appease the Haitian nationals in Haiti and even here in The Bahamas and across the world,” he said.

Henfield noted that there are still an estimated five Bahamians in Haiti and some other residents who normally live in The Bahamas. But he said there have been challenges with their return due to Haiti’s lack of a vaccination program.

“We need to work on how we ameliorate their circumstances in the future,” he said.

“We are working on that with my ministry and the health people to see the way forward.”

The government has blocked travel from Haiti to The Bahamas since February.