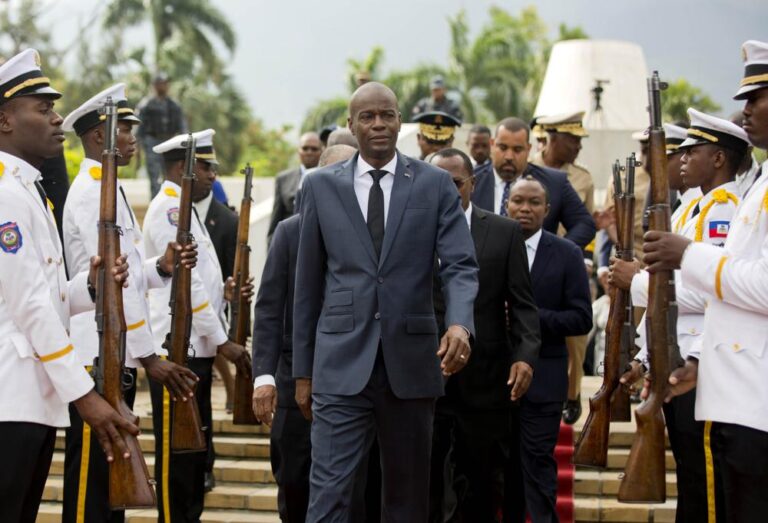 NASSAU, BAHAMAS — Prime Minister Dr Hubert Minnis said yesterday the government of The Bahamas is deeply saddened by the assassination of Haitian President Jovenel Moïse as he strongly condemned the actions of the perpetrators.

According to international reports, Moise was gunned down in his Port-au-Prince home around 1am Wednesday.

Haitian interim Prime Minister Claude Joseph said an unidentified group of people attacked the president’s private residence in a “hateful, inhuman and barbaric act”. He has appealed for calm in the country.

Minnis offered his deepest condolences to the government and people of Haiti.

“We pray for the people of Haiti and for a peaceful resolution to the political crises,” he said.

Additionally, the prime minister assured that all staff at the Bahamas Embassy in Haiti are safe and the government is monitoring the situation.

Foreign Affairs Minister Darren Henfield said the ministry has instructed the embassy to close and it is working assiduously on plans for the way forward.

Henfield said there are currently four Bahamian diplomats in Haiti.

“We call for calm in Haiti,” he said.

“We call for constitutional law to be observed in Haiti. We call for the cooperation of all sides in Haiti.”

The foreign affairs minister said he recently led a delegation of the Heads of Government of CARICOM at its 42nd meeting, which concluded on July 6, 2021, where regional leaders called for calmer heads to prevail in the country where there has been ongoing political and civil unrest.

“We also denounced the wanton violence that we saw going on in Haiti — the gang activity and the like,” he said.

Henfield acknowledged that Haiti has had its challenges historically and “has seemed to struggle with the maturation process of democracy”.

Opposition Leader Philip Davis expressed shock and regret in a statement this morning.

“We are shocked by this heinous act of violence and offer to the government and people of Haiti our prayers and support during this difficult time,” Davis said.

Haiti’s interim prime minister has declared a state of siege throughout the country.

According to Joseph, the country’s security situation is under the control of the National Police of Haiti and the Armed Forces of Haiti.

“Every measure is being taken to guarantee the continuity of the state to protect the nation,” Joseph said.