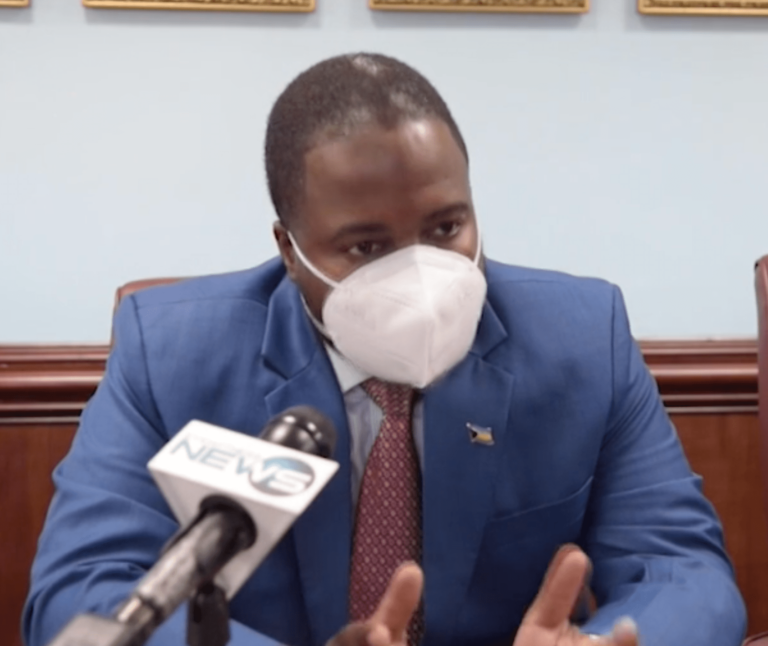 Long Island MP maintains he did nothing wrong; says generators in his office in viral photo are for his constituency

He called the allegations a “well-organized mafia campaign” against him amidst the “silly season” ahead of the general election.

During a WSC commissioning ceremony on Long Island, Gibson took the opportunity to address mounting calls for an investigation into the matter and calls for his resignation.

“This is the political season; this is silly season. I want you to know that you will see all kinds of foolishness [so] don’t be distracted; stay focused,” he said.

“This is the season of lies, half-truths, innuendos, doctored documents and fabrications.

“So, I want everyone here to remember that our trust is to focus on Long Island’s development and do not get sidetracked on the political trap that usually comes with this season.”

Allegations against Gibson suggest that Elite Maintenance Incorporated Ltd — a company purportedly co-owned by his former fiancée — received a series of payments from WSC totaling over $500,000 between November 2018 and January 2021.

On Sunday, Gibson fired back against what he called “false allegations”, asserting that he has “no beneficial interest” in the company at the center of the controversy and declaring the accusations against him to be false and politically motivated.

In an exclusive interview with Eyewitness News yesterday, Gibson also responded to rumors that generators photographed in his constituency office on Long Island earlier this week were allegedly stolen from WSC.

Gibson asserted that the generators are not the property of the government agency and further explained that the equipment was purchased with constituency funds specifically to assist Long Islanders during power outages on the island.

He said: “Don’t let anyone fool you; those generators are for Long Island, bought for the people of Long Island to assist during the passage of hurricanes. These are for you.”

Gibson added: “On the 16th of September at 6pm, or sometime shortly after, the polls will show that Adrian Gibson has done his part.”

He had no response to calls for his resignation and added that he stands on his statement.

Minister of Public Works Desmond Bannister, who has also landed in hot water in the past few days over suggestions that his ministry issued contracts to people close to him, has remained tightlipped on the matter.

Yesterday, he told local media: “The chairman has issued a statement and that is his statement. As the minister, there are certain other matters that come before me.”

Asked about the calls for Gibson’s resignation as WSC executive chairman, Bannister said: “The minister has to be an unbiased person who looks at everything in the interest of the country and that’s what I do.”

Water and Sewerage Management Union (WSMU) President Montgomery Miller has called for executives at the corporation to engage with the union and address ongoing concerns of workers or “do the right thing” and resign.

Miller, who criticized management of the corporation over the past four years, said under the leadership of Gibson and General Manager Elwood Donaldson, the organization has been run poorly.

Minister Gibson, it is your RESPONSIBILITY, to respond to the matter comprehensively, and give clarity to it, to the Bahamain public, with whom, you took an oath, PUBLICLY, to SERVE!