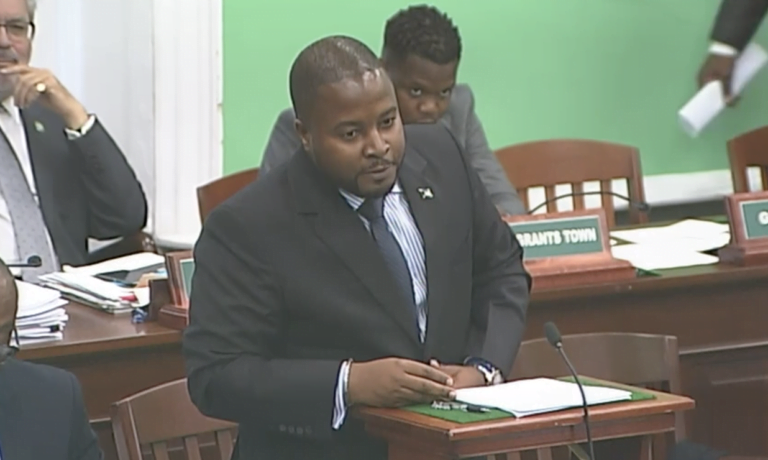 Munroe: AG, police commissioner and prime minister all have “a duty to act” in this matter

Munroe asserted that Prime Minister Dr Hubert Minnis has an obligation to look into the allegations, while urging all workers in the public service to disclose incidents of maladministration.

“I found the response by Mr Gibson as wholly inadequate,” said Munroe during a press conference yesterday.

“It was the case that these allegations were afoot before the elections were called. The prime minister, having decided that his only portfolio was to ensure that his ministers and members of the government were not corrupt, had a duty to act.

“In addition to the attorney general and the commissioner of police, who had a duty to act — and we wait and see if they do act — the prime minister had an obligation to look into the allegations and respond appropriately.”

Munroe said: “I have read the statement of Elwood Donaldson, where he speaks pejoratively of the persons who would have released these documents. I would point out to my former schoolmate that the FNM (Free National Movement) government brought into force the whistleblower protection provision of the Freedom of Information Act that the PLP administration led to Parliament and passed before the last general election.

“If persons are aware of malformation, they are protected from disclosing documents. We would encourage all workers in public corporations who are aware of maladministration who have documents to, in fact, blow the whistle.”

Gibson recently fired back against what he called “false allegations” over his involvement in WSC contract awards. Asserting he has “no beneficial interest” in the company at the center of the controversy, Gibson, in a statement, said allegations being levied against him were false and politically motivated with the intention of causing harm to his public reputation.

The allegations suggest that Elite Maintenance Incorporated Ltd — a company purportedly co-owned by his fiancée — received a series of payments from WSC totaling over $500,000 between November 2018 and January 2021.

I want to vote in advance Pole