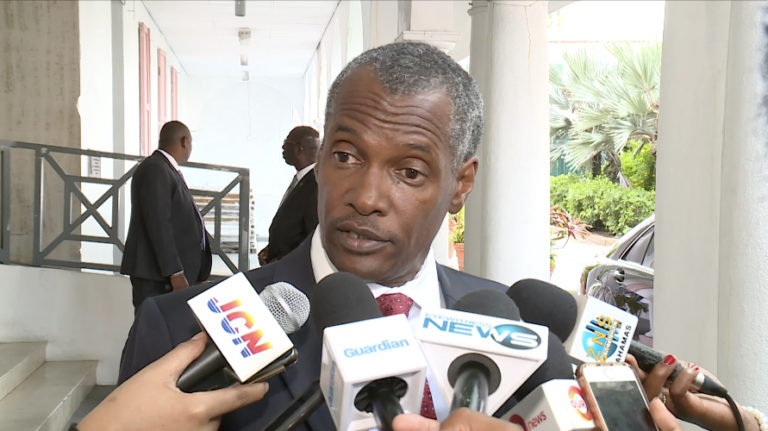 NASSAU, BAHAMAS — Minister of Public Works and Deputy Prime Minister Desmond Bannister once again came under heavy fire yesterday as more purported contracts issued through his ministry were allegedly given to people close to him.

In documents obtained by Eyewitness News, a company by the name of S & S Painting and Maintenance Service was invited by the ministry to submit a bid to carry out works at CC Sweeting Senior High School for 2019 summer repairs.

The company S & S Painting and Maintenance Service is reportedly owned by Sean Ivan Smith, who is believed to be the brother of Bannister.

The first letter, dated July 15, 2019, and signed by the Acting Chief Architect Timothy Johnson, advised Smith to submit a comprehensive construction cost to carry out works, which required that he visit the school, review needs and attach a detailed priced scope of works along with a cover letter no later than July 17, 2019 — two days later.

A second letter, dated July 17, from Smith to Director of Public Works Melanie Roach with attention to Johnson confirmed that his company accepted and agreed to carry out the scope of works for a cost of just over $170,500.

The document was certified for payment by the project architect Allan Pickstock on the same day.

This comes just one day after several contracts issued by the Ministry of Works to maintain sections of three cemeteries on New Providence were called into question after they were leaked into the public domain.

The three contracts, awarded to Clean Heaven Maintenance, LC Landscaping and Maintenance and Dru Enterprises, were valued at nearly $77,000.

MAN THIS IS SERIOUS!