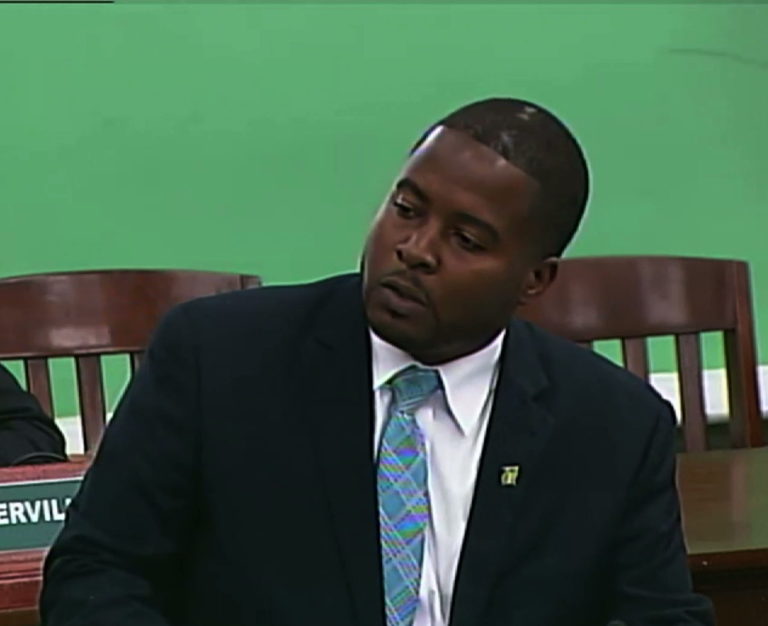 “It is disgusting that politics has sunken to this level; however, I am undeterred in my pursuit of a second term of service”

Asserting he has “no beneficial interest” in the company at the center of the controversy, Gibson, in a statement, said allegations being levied against him were false and politically motivated with the intention of causing harm to his public reputation.

The allegations suggest that Elite Maintenance Incorporated Ltd — a company purportedly co-owned by his fiancée — received a series of payments from WSC totaling over $500,000 between November 2018 and January 2021.

Gibson explained that a “few years ago”, WSC issued cleaning memorandums for the provision of monthly yard cleaning and ground maintenance services to more than a dozen vendors, including one legally represented by an attorney.

Said attorney was “legally authorized to act” on the company’s behalf but “did not solicit any contract on behalf of the company” as she was “engaged by private individuals and it was upon that basis that the corporation interacted with her”, Gibson said.

He noted that the attorney later indicated she was no longer authorized to act on behalf of the company and that it was not until a later date that the company in question submitted a bid as per the normal contracting process, during which it was found to be among the three lowest who were ultimately given work.

“At the time of that engagement, I am advised that the attorney was no longer involved with the company in any capacity,” said Gibson.

“As far as I am aware, the attorney operated in a legal and professional capacity. I cannot speak to the extent of that capacity nor do I have any other information about the affairs of a private company.

“I can only speak to the corporation’s policy, which does not restrict any vendor’s discretion to choose who they wish to engage to carry out their affairs.”

Gibson stressed: “I have absolutely no beneficial interest or any other interest in the company Elite Maintenance.”

Addressing other allegations in reference to a complaint with the Anti-Corruption Branch of the Royal Bahamas Police Force (RBPF), Gibson explained that this was actually taken from a police complaint he initiated because of what he viewed as inappropriate contact from a contractor.

“It is out of that effort for transparency and clarity that the lies, innuendos, doctored documents and half-truths are now appearing on social media,” said Gibson.

“Sometime in 2020, I signed a police report about a matter concerning a rogue WSC contractor. Prior to the issuance of tender for two Caribbean Development Bank projects, an overzealous and rogue contractor who was interested in those contracts deposited funds onto a shared bank account. The funds were deposited in December 2018 — on the same day that the tenders were published.

“I immediately reported it to the bank and to the police. I requested that the bank immediately remove the said funds from the account, which they did, and upon their internal investigation, the bank issued a letter of apology to me — which I still have. The contractor was subsequently charged and the matter remains before the courts.”

He added: “The leaked, falsified and misidentified documents and information disseminated on social media are attacking me and private citizens. It is disgusting that politics has sunken to this level.

“However, I am undeterred in my pursuit of a second term of service to my constituents so that I can continue to advocate on their behalf.”

WSC General Manager Elwood Donaldson Jr, in a separate statement, asserted that information in the public domain was “being completely misrepresented and is laden with falsehoods and absolute lies”.

He said WSC has “at no time” issued bids for “painting of works” but clarified contracts were split between the three lowest bidders for “painting, repair and upgrading of our water tanks”. He also said that, contrary to social media reports, he does not own any company that has engaged in business with WSC.