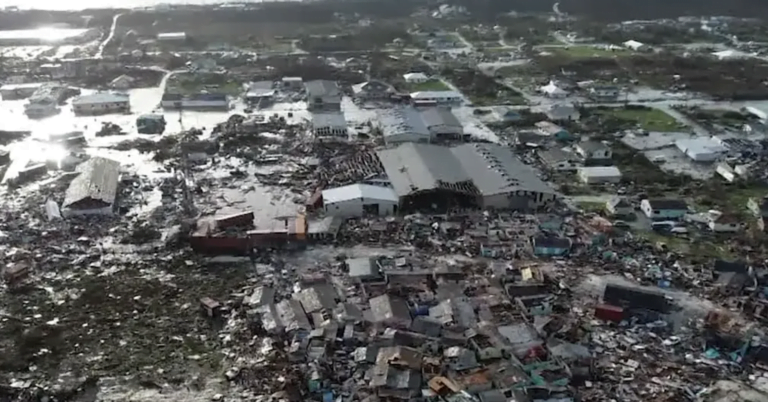 NASSAU, BAHAMAS — The Abaco Chamber of Commerce president said yesterday that the Special Economy Recovery Zone (SERZ) order allowing tax breaks on imported goods for the hurricane-ravaged islands of Abaco and Grand Bahama should be extended “at least” another year beyond its December 31st expiration.

Ken Hutton, told Eyewitness News that the Abaco’s Dorian substantive rebuild had been interrupted for at least a year and a half as a result of the COVID-19 pandemic and was now being further hindered by global supply chain and logistical challenges.

“It’s just been one thing after another that’s impacted the rebuild,” Hutton said.

“It’s not helpful that the government seems to be dismantling the SERZ order piece by piece without telling anyone.

“It becomes a very frustrating exercise.

“It’s adding to the cost of rebuilding.

“There needs to be greater clarity. If you’re planning on bringing in certain items and its duty-free there is no certainty that it will be duty-free in a few weeks.

“There is considerable rebuild hesitancy.”

There is still so much construction going on, but now we have the global supply chain issue problem making it virtually impossible to get what’s needed before the December deadline,” he said.

“On top of that the cost of materials has gone up exponentially.

“I have a client who ordered some items on March 12 and they’re still not here.

“They’re talking about ending SERZ in December, but based on the trends right now that’s going to be a huge challenge for people still trying to get back on their feet and really in need of those concessions.

“There’s only so much straw a camel can carry.”

According to Hutton, “something has got to give,” as he noted that the island continues to be impacted by a housing crisis.

“The SERZ order should be extended for at least another year, preferably two.

“After the storm Abaco was promised three years and you can take a year and a half off because of COVID.”

The relief, which was originally set to last a year, has been extended a number of times, with this latest extension lasting until December 31st, 2022.