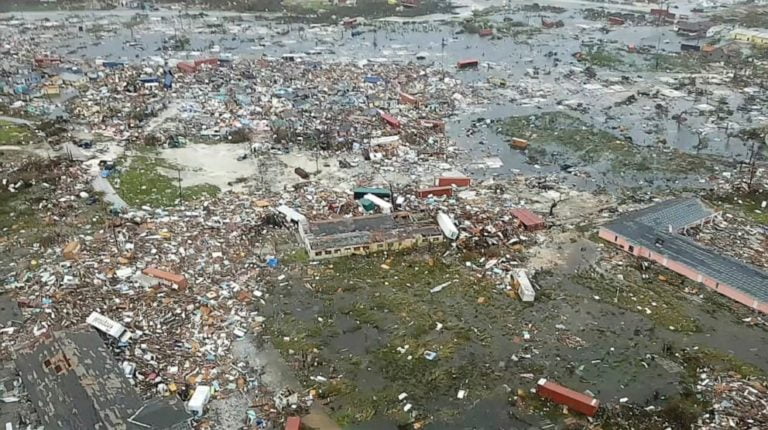 NASSAU, BAHAMAS — A coroner’s inquest into victims lost during Hurricane Dorian continued for a third day yesterday with Her Majesty’s Coroner hearing statements from spouses of two of the victims, as well as a met office official.

One of the witnesses, Tervilia Saintil, a former resident of the Pigeon Peas shantytown in Marsh Harbour, was inconsolable as she recounted her experience on Abaco during the deadly Category 5 storm.

Through an interpreter, Saintil told the court she saw her husband’s body being placed in a body bag in Pigeon Peas after she searched for him for three days.

She said when she came to Nassau, she filed a missing person report and a DNA sample was taken from their son when they were shelter residents at the Kendal G L Issacs Gymnasium.

However, she said she was never contacted or advised of a DNA match to her husband’s body.

She told the court the last time she saw her husband alive was on Saturday, August 31, 2019 — the night before Hurricane Dorian hit.

Saintil said she told her husband they had to leave their Pigeon Peas home and go someplace safer, but by 10pm, he was not making any movements to go.

At that point, she decided to take her son, who is now six years old, and go to their cousin’s house in Murphy Town.

When she arrived, she called her husband and told him to come to the house, but he told her: “Don’t check; I’m coming.”

Saintil said the night went by but she did not see her husband.

The next morning, Sunday, September 1, she tried to call him to no avail. She tried to convince her cousin to take her to Marsh Harbour for her husband, but he refused.

She said soon after, the storm worsened and the house she and her son were staying in collapsed on top of them.

She said both of them “were hit”, but were able to make it to another house in the neighborhood that was not damaged.

By the following Monday, after the storm passed, she still had not heard from her husband.

Saintil said she asked a passerby what happened in Marsh Harbour and “they told me Marsh Harbour mash-up; a lot of persons died”.

She said she left her son with her cousin and walked to Marsh Harbour to see if she could find her husband, but when she arrived, everyone she asked said they had not seen him.

Saintil described “walking on dead bodies” as she began searching the decimated Pigeon Peas area where they lived.

She said she searched through the rubble for three days, until Wednesday, September 4, when a man called “Ricky” told her of a body next to his car that he had called for officials to move.

When Saintil ran to see the body, she realized it was her husband.

She told the court “immigration” came for the body and she watched as they put him in a bag, zipped it up and carried him away.

Saintil said she and her son came to New Providence and lived at the shelter until December when she was able to move in with a family member, where she has been living ever since.

She said she was on a spousal permit under her husband and they were going to pay to renew it before he died in the storm.

She said she has made inquiries on how she can pay for her permit, but the Department of Immigration told her she must deal with her husband’s documents first.

Coroner Jeanine Weech-Gomez advised Saintil that hopefully at the end of the proceedings, she will be able to get a death certificate from the Registrar’s Department to be able to sort out her issues.

Witnesses for 34 people reported to police as having gone missing during the storm are testifying in groups during the inquest, to adhere to COVID-19 protocols.

The attorney general has granted permission for the procedure to move forward without a jury in an effort to expedite the matter, which Weech-Gomez said also allows for special circumstances, such as moving hearings to Abaco.

Weech-Gomez acknowledged the challenges families have had to face in being unable to receive death certificates nearly two years after the devastation.