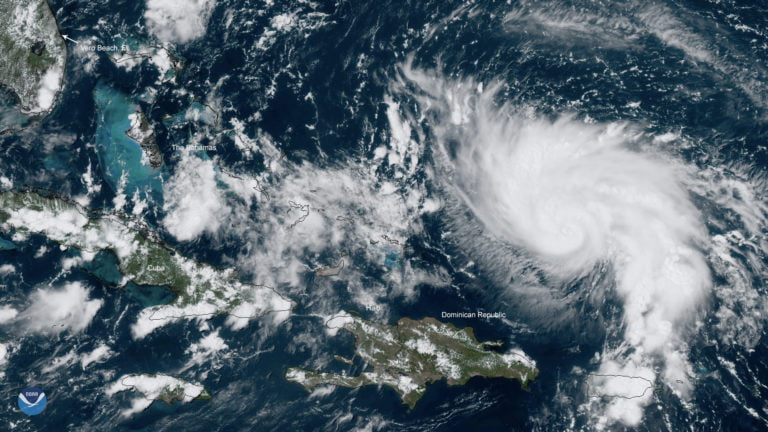 An image of Hurricane Dorian from space.

Met office: Alerts were sent out “long before the storm was threatening The Bahamas”

NASSAU, BAHAMAS — Deputy Director of the Department of Meteorology Michael Stubbs testified during an inquest into Hurricane Dorian’s missing yesterday that given the intensity of the storm, it would have been difficult for anyone to survive outdoors or indoors.

Stubbs, who was working as a hurricane forecaster during the storm, was a witness on the third day of testimonies for 34 people reported to police as missing during the passage of the storm.

Stubbs recounted the department’s preparation in the lead-up to the deadly Dorian and its work throughout as the storm barreled its way through Abaco and Grand Bahama.

He indicated that the Department of Meteorology first received information from the National Hurricane Center on August 24 that a depression had formed 800 miles east of Barbados, which later developed into a tropical storm named Dorian.

By August 29, the system had developed into a Category 4 hurricane, ultimately making landfall on Abaco on September 1, he said.

He insisted that weather alerts were sent out from the department “long before the storm was threatening The Bahamas”.

He said the met department sent out updates every four hours, noting that the forecast office is open 24 hours and constantly sent out messages.

As he described the strength and ferocity of the Category 5 storm, Stubbs explained that the wind speed of the storm increased beyond 200MPH, with surges 24 to 28 feet above sea level.

He noted that the surges are always emphasized in warnings because the moving water, along with the strong winds, “make it very difficult for anyone to survive”.

“Given the structures that I would have seen, if it wasn’t forfeited, it would have been extremely difficult to survive.”

Stubbs told the court a post-Dorian analysis also revealed a number of tornadoes embedded in the system, with winds stronger than over 300MPH.

“There is no doubt about it, that based on the historical accounts given by residents with roofs popping off, it is a clear indication that tornadoes caused that,” he said.

He said the “only saving grace” was that the tornadoes were short-lived, with a lifespan of nearly 15 minutes.

When questioned by the prosecutor, he once again insisted that the met department would have sent out information and storm updates before, during and after the storm.

Stubbs said: “I’ve never seen a storm develop so quickly,” and that it is something he will “never forget”.

During yesterday’s proceedings, the court also heard the testimony of a victim’s spouse, who described searching for her husband’s body for three days.

The procedure has been granted permission from the attorney general to move forward without a jury, in an effort to expedite the matter.