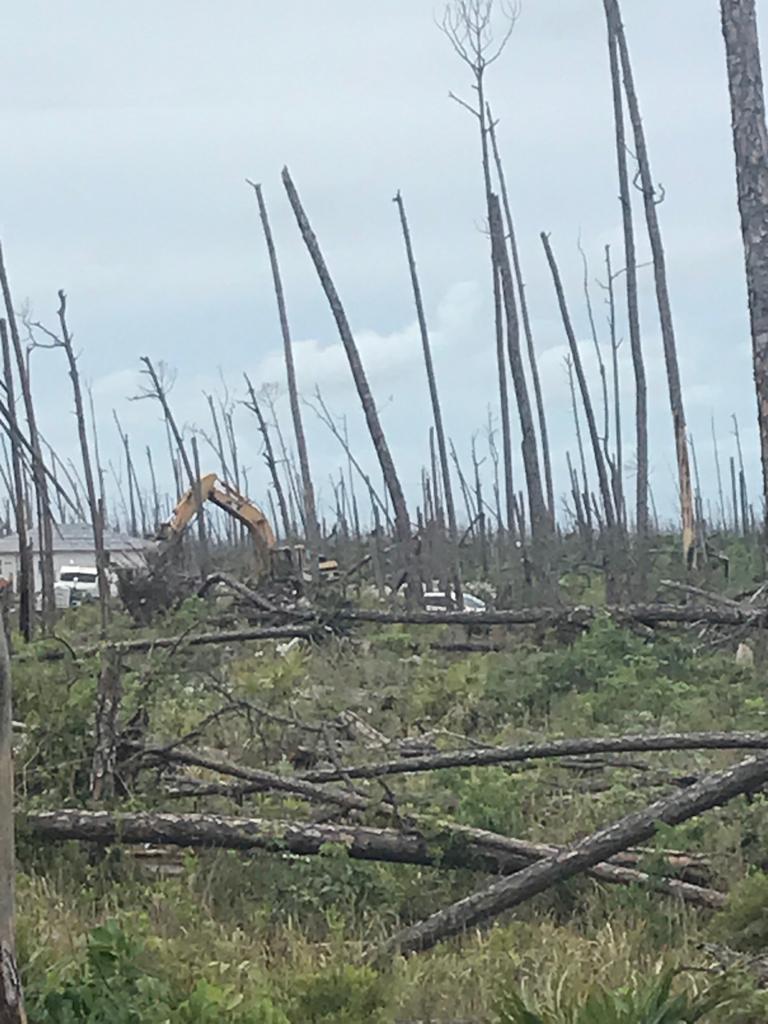 This photo shows bulldozers in the process of tearing down structures in The Farm shantytown on Abaco as the government undertakes demolition on Friday, May 14, 2021.

“Once again, we urge the FNM to stop embarrassing the country on the global stage”

NASSAU, BAHAMAS —  Human Rights Bahamas (HRB) yesterday condemned the government for “continuing to manufacture and perpetuate a humanitarian crisis in Abaco”, as demolition of shantytowns on the island reportedly moves forward.

Last week, amidst an appeal from United Nations (UN) human rights experts to halt the demolition of approximately 600 homes in unregulated settlements on the island, Deputy Prime Minister and Public Works Minister Desmond Bannister insisted he has a job to do in eradicating illegal dwellings.

In a statement on the matter, HRB said reports on the ground revealed that 11 homes were destroyed by Ministry of Works wrecking crews on Friday, leaving 40 people, at least 16 of them children, “homeless and in the street with absolutely no provision whatsoever made for their shelter or safety”.

Many of those residents, some of whom are believed to be undocumented migrants, are still attempting to recover nearly two years after Hurricane Dorian ravaged Abaco and destroyed the two largest of the six shantytowns on the island.

In the aftermath of the storm, the government issued an order with immediate effect preventing anyone from building or developing in The Mudd, Pigeon Peas, Sandbanks and The Farm and cleared down the debris from those storm-ridden areas.

Earlier this month, the third phase of an operation to demolish structures in the shantytowns continued when the government issued eviction notices to residents in the remaining areas.

The HRB statement read: “To continue to arbitrarily and unlawfully victimize them is totally unconscionable.

“This hostile and discriminatory action targeted communities where the residents, although overwhelmingly citizens or permanent residents of The Bahamas, are nevertheless perceived to be of Haitian ethnic origin.

The group continued: “It seems there are two sets of standards in The Bahamas, depending upon your perceived ethnic background.

HRB indicated international media groups were on the ground on Abaco, covering the lead-up to the demolitions, “presumably with the intention of revealing and showcasing The Bahamas’ inhumanity to our fellow man to the world”.

“Once again, we urge the FNM (Free National Movement) government to stop embarrassing the country on the global stage in an effort to score cheap political points with xenophobic elements in society,” the statement added.

“We urge the authorities to have some respect for due process and the rule of law. We ask them to await the outcome of the ongoing court proceedings before taking any further action, while also making some reasonable provision for those whom they have already made homeless.

“Basic human decency demands it of them.”

According to Bannister, the operations being carried out are not affected by the ongoing court battle.