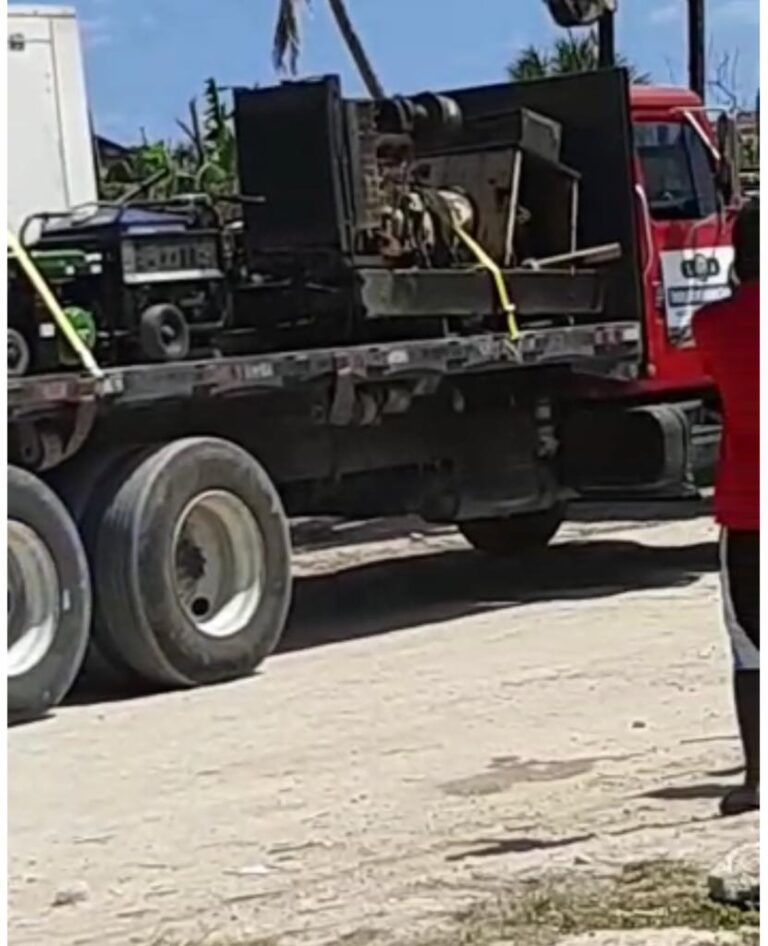 A still from video footage purportedly showing law enforcement officers and what appears to be dozens of generators and other items loaded on a flatbed truck from The Farm shantytown on Abaco on Thursday, April 8, 2021.

NASSAU, BAHAMAS — Government is ready to move ahead this week with the third phase of an operation to demolish structures in an Abaco shantytown, with Deputy Prime Minister and Minister of Public Works Desmond Bannister declaring: “Our people are mobilized and ready to do what they need to do.”

“When we finish there, were are going to go in other shantytowns,” said Bannister.

“Our people are mobilized and ready to do what they need to do. I have tried not to speak too much on this to protect the dignity of persons involved but at the same time, we are going to uphold the laws of the country.

“I am very concerned about the health impact on our people as a result of what I see out there.”

Last month, the government demolished a number of structures in the shantytown known as The Farm on Abaco.

According to Bannister, the operations being carried out are not affected by the ongoing court battle.

Bannister said: “That was raised before the courts. That is not an issue that impacts this particular situation. The court ordered that no one was to go and construct any shantytown or any structures.

“There is an injunction against building any structure. That’s been in place that’s almost two years, so how do we get hundreds of structures with people living in them in violation of the law? If they sit there for a couple of years, they can go to the courts and get certificates of title for that land.”

He added: “Those structures are not safe. If a hurricane comes around, many of them are going to blow away again. If there are fires again, you’re going to have challenges. You have sewage seeping into the groundwater table and I’m concerned about the health of people in Abaco and other areas.”

Bannister said the government will not demolish 30 structures in the community.

“There are 30 we won’t touch. All those other structures were built in violation of a direct court order that said no one was to build any structures or add to them. That is blatant violation of the law,” said Bannister.

“When [the] injunction [was] issued, the court said that the structures that were there at the time of the injunction we could not touch until the court proceedings were over. It said to anyone in the country not to build any more structures. The court clearly said that.

“We need to ensure that we protect the rights of people who are doing things lawfully in the country.”