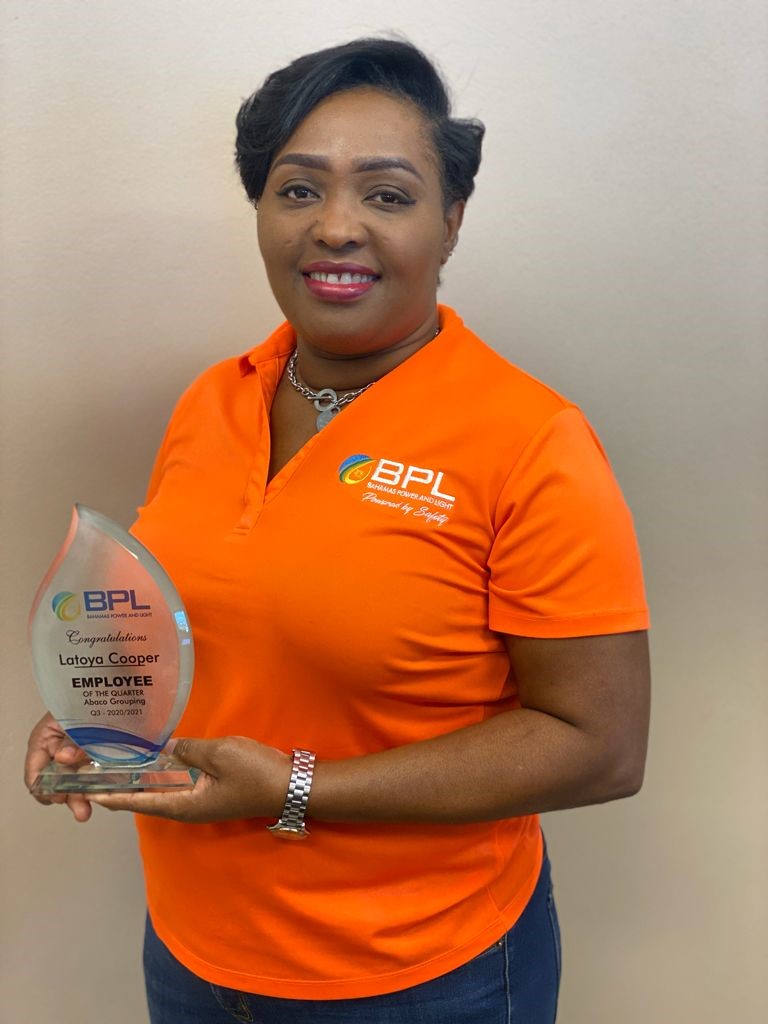 ABACO, BAHAMAS — Bahamas Power and Light Company Limited (BPL) yesterday shared the reflections of one of its Abaco team members on her road to recovery in the time of a global pandemic.

Office Supervisor – Abaco Operations Latoya Lightbourne-Cooper started her memory of the day Dorian struck by saying: “September 1st, 2019, would be etched in my mind for the rest of my life.”

Lightbourne-Cooper is 46 and was born and raised on Abaco, which she terms “my beloved island”.

She told how life as usual had been rearranged by the Category 5 monster called Hurricane Dorian, which barreled through Abaco on September 1, 2019, leaving devastation in its wake.

“What is the next move? The thought went through my mind as to what would become of our living accommodations — the apartment we lived in had roof damages and flooded with water, the home we were building [had] a whole unit lost,” said Lightbourne-Cooper.

“Our kids were in their most critical years of schooling — one entering 12th grade the other 9th grade. My husband is a carpenter by trade; no way was he going to relocate to Nassau.

“This was the most heart-wrenching time of my life. As the plane lifted off and we left Abaco headed to Nassau — the “unknown” — the tears streamed down my cheeks.

“I was leaving my husband behind not knowing how I would face this alone with our daughters.”

Lightbourne-Cooper said she was grateful to be able to work at the BPL head office, where she was able to put faces to the names of people she dealt with over the phone.

While plugged in in Nassau, she worked in BPL’s Family Island Department, dealing mainly with the Abaco customers and their accounts.

“After being in Nassau for seven months, the pandemic hit,” Lightbourne-Cooper said.

“I had come back to Abaco for a visit. The kids were already in Abaco as of March due to school closing because of the pandemic.

“However, while I was visiting home, the government shut down the country and I was unable to return to Nassau. At this time in Abaco, restoration was in full swing and the customer service staff was needed on the ground.

“The past year and five months has been a challenge having to balance my life between family life, being a wife and a mother, and work, being the lead person on the ground, and not forgetting finding time to express my gratitude to God for his grace and mercies he extends towards me daily.

“I can truly say if I had not found the time and made God a part of my daily routine, I would not have made it thus far.

“The overwhelming task which was before us, the conditions in which we worked, many days it became frustrating.”

She added: “I can say it was a challenge and I overcame the biggest of these challenges and I can see light at the end of the tunnel. I say all praise and thanks to my God.”