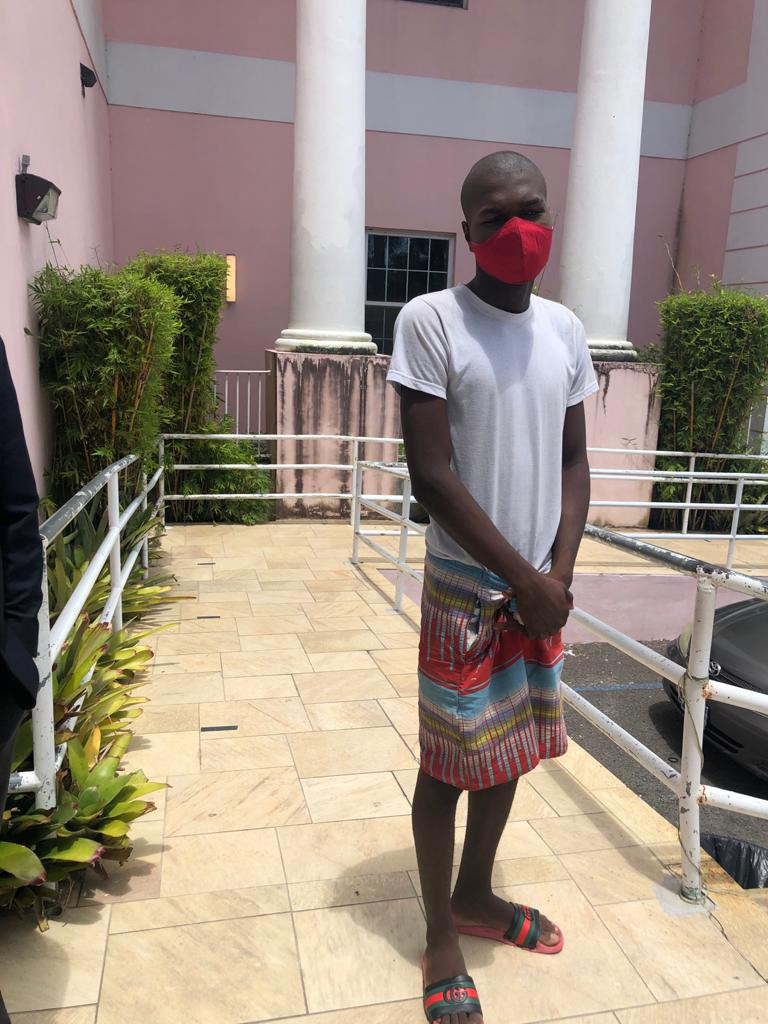 Attorneys encourage others to come forward

NASSAU, BAHAMAS — Attorneys for a teenager who was arrested and fined $500 for breaching the COVID-19 curfew last August will seek to have his record expunged by the Rehabilitation of Offenders Committee.

This comes as the committee announced yesterday that it is now accepting applications for individuals who were convicted of a crime under the COVID-19 emergency orders to have their records expunged.

During a press conference, Committee Chairman Paul Farquharson said several applications are currently before the committee.

Deon Duverny, who was 18 at the time, was just one of the thousands of individuals who were hauled before the courts and fined for breaching the orders.

He was then sentenced to three months in prison by Deputy Chief Magistrate Andrew Forbes when he was unable to pay the fine.

Duverny previously told reporters that he and his cousin, Kenrico Joseph, 19, were stopped and arrested after 10pm as they headed to a Haitian village on Cowpen Road for something to eat.

He was freed after a week in custody only after a coalition of lawyers teamed up to pay his fine and represent him.

Attorney Bjorn Ferguson, one of those Good Samaritan lawyers, commended yesterday’s move by the government, indicating there were several issues concerning the prosecution of the “weaker among us”.

Ferguson advised that the team of lawyers does intend to make an application on behalf of the juvenile, who was criminalized as a result of the order.

He said he has several other clients who are eligible for the same opportunity but have not yet received instructions from them on making an application for expungement.

“We have to be very careful as to how we criminalize the wider society,” Ferguson noted.

“We already have extreme issues with criminality and everything doesn’t require criminal sanctions, so we must be sensible to how we approach dealing with our society in an orderly and equitable manner.”

The Bahamas has been under a state of emergency since its first confirmed COVID-19 case in March 2020 but the government has indicated it intends to let the state of emergency order end in November and implement a statutory way for mitigating the pandemic.

Under the state of emergency, then Prime Minister Dr Hubert Minnis, as the competent authority, was given authority to impose restrictions such as curfews, business closures, lockdowns and border closures to curb the spread of COVID-19. Anyone found to be in violation of the emergency order was charged in court.

Some people were arrested and charged while reportedly getting food or going to a public pump for water.

Officers later moved to issuing tickets, where offenders could choose to pay or fight the charge in court.