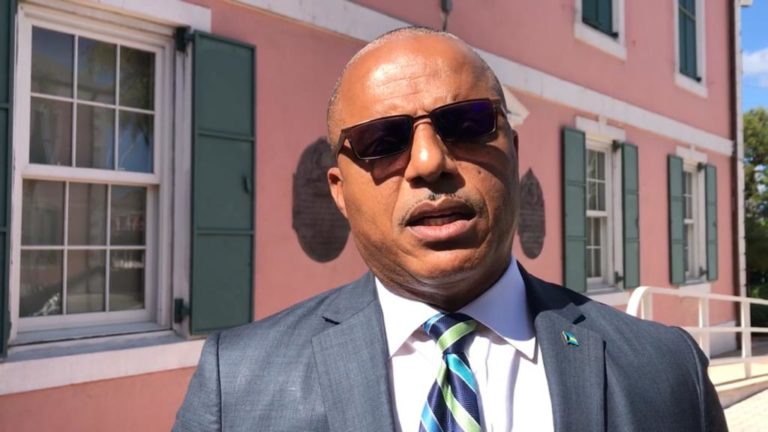 NASSAU, BAHAMAS — Minister of National Security Marvin Dames said work is ongoing to have convictions for curfew violation wiped clean from individuals’ records, though the minister could not provide a timeline.

According to the minister, discussions on the matter are ongoing with the Office of the Attorney General.

“It is certainly not our intention for persons to have criminal records as a result of these violations, so we are currently working with the Office of the Attorney General to see how that can be rectified at some point,” Dames said.

“But we do have a vehicle in place where we can expunge records as we have been doing since coming into office.”

Several prominent attorneys have called on the government to expunge the records of individuals who breached the orders.

Earlier this month, Commissioner of Police Paul Rolle said during the earlier phase of the ongoing pandemic, individuals convicted of breaching the orders would see a conviction on their police record.

But he said officers are now issuing tickets, which offenders can choose to pay or challenge the charge in court.

Asked whether residents will continue to be taken before the courts to answer for curfew violations, Dames said: “Well, yes; the order is in place and we have to ensure that we get through this pandemic. And if you look at what’s taking place all over the world as a result of persons not adhering to laws and orders that are being laid down by other countries, the numbers are spiraling out of control in the United States and other parts of the world. We don’t want to find ourselves in that position.”

New cases of COVID-19 in The Bahamas have trended down to single-digit cases.

Six cases were recorded in the nation on Wednesday.

Dames said: “The last thing we want to do is haul someone before the courts because they’re not wearing a mask or because they’re not adhering to the orders. That’s the last thing we want to do, but we recognize that sometimes we have to make decisions like this if we’re going to ensure at the end of the day, our people are safe. That’s what’s important.

It remains unclear how many people were convicted of breaching the orders in the first wave of the pandemic or how many people have received criminal records for conviction of such breaches since.