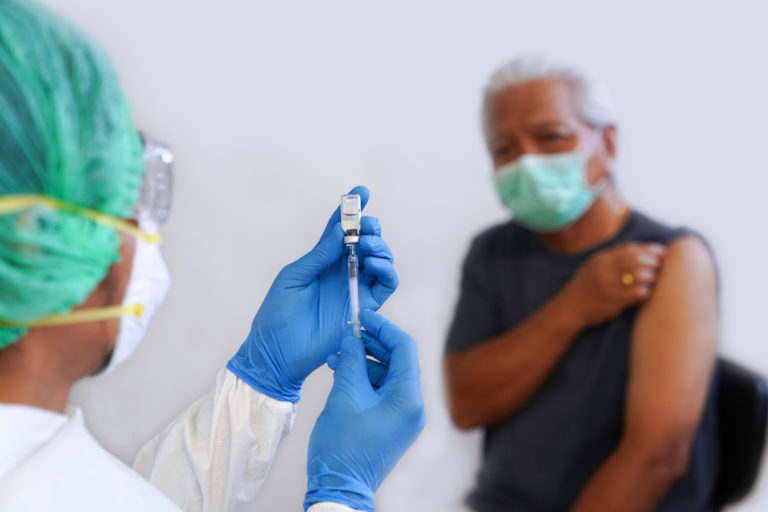 NASSAU, BAHAMAS — Director of Labour John Pinder said yesterday that the department has continued to receive complaints from employees on New Providence, Andros and other islands about employers increasing the COVID-19 testing schedule for employees who have not opted to vaccinate.

The director suggested it is a move that reportedly incentivizes associates to take the vaccine.

“There is a tourism resort on Andros that has made the same statement to their staffers and one or two other employees are saying that their employers — they have not made it mandatory, but they are making it difficult for them not to take the vaccine by saying ‘if you don’t take the vaccine, we want COVID test every five days’ and that sort of thing at the employees’ expense,” said Pinder when contacted for comment.

The requirement to take a COVID-19 test is well within the purview of the employer.

However, vaccination remains voluntary, according to the government and competent authority.

The backdrop of forced vaccination in the private sector is Mayu Holdings Limited, the company operating as Sushi Rokkan, advising all of its employees are required to get vaccinated no later than June 30, 2021.

Failure to comply with its mandatory vaccination policy may lead to “disciplinary action being taken, which could result in dismissal or at the very least re-assignment to another position — if such can be found”.

Pinder said the department has been proactive on the matter, but has received no further formal complaints against the company.

He said the technical team will await the deadline to determine how Rokkan proceeds.

As it relates to companies increasing pressure on associates to be vaccinated, Pinder said while there is benefit to be gained from inoculating against the virus — including less severe symptoms, less chance of getting or passing on the virus and the macro effect of the country being a safer tourism destination — individuals have to choose to take it.

Pinder acknowledged the reservations, misinformation and confusion among the public about the vaccine.

To date, more than 25,000 people have received their first dose of Oxford AstraZeneca.

Vaccines doses, with the assistance of the United States Embassy in Nassau, were delivered across the Family Islands yesterday to begin vaccination programs there.

Vaccination has been opened to everyone above the age of 18.

The government has encouraged residents to vaccinate against the virus, particularly amid the early phases of a third wave.

Prime Minister Dr Hubert Minnis has also announced vaccine incentives, including vaccinated travelers being exempted from COVID-19 testing once they have received all required doses of the vaccine.

Additionally, vaccinated individuals will be able to return to indoor dining and gatherings amongst other vaccinated residents without a facial mask — a first since the policy was introduced as part of the emergency orders in mid-March 2020.

Asked about employers making vaccination mandatory, the prime minister has maintained that taking the vaccine is strictly voluntary.

Pinder aint worth his first nor last name. I dont even know why we have a labour department because they dont serve nooooo beneficial purpose to the bahamian ppl. We allow all these companies and foreign ones to be exact to push and force things down the employee’s throat and dangle job security over their heads knowing well they have to provide for their families. They have that given right to reject an experimental drug bcuz after taking it one of those same staff cud die shortly after God forbid and what then??? They are still without that same job but more importantly a family will be in mourning especially if that person was the bread winner. Then to add insult to injury you are given a deadline and in the meantime you are forced to take a covid test every week. When will this government begin to act on behalf of the ppl who put them in power and stop allowing the elite to get away with mess. Enough is enough. Many businesses went under during the many lockdowns and now thesw elite businesses that survived the lockdowns n economic worldwinds want to strut their feathers.