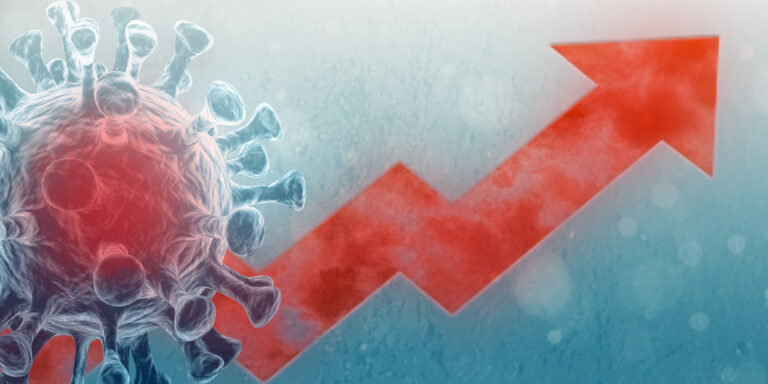 NASSAU, BAHAMAS — With nearly 200 additional cases of the coronavirus recorded in the last week, The Bahamas Is now battling its third wave of COVID-19 — a worrisome circumstance for health officials, who note that case studies around the world show that surges in subsequent waves can be worse than previous ones.

There has been an increase in COVID-19 infections for four consecutive weeks.

When contacted for comment on the sustained increase in new infections, Director of the National HIV/AIDS and Infectious Disease Programme Dr Nikkiah Forbes said: “When we first started to see the uptick in cases, we were watching carefully.

“But when you have a sustained increase in cases over a period of time, you have to call that a wave.

“It’s fair to say we are in the early stages of a third wave.”

She stressed that now is not the time for COVID fatigue, and health protocols must be followed to mitigate a surge in the third wave, which could overwhelm the nation and its available resources.

She pointed out that each subsequent wave has the potential to be larger than the previous one, as countries across the globe have observed.

The nation recorded more than 9,000 cases in the second wave, spanning from early July 2020 up until last month, when low single and double-digit cases began to rise once again.

The vast majority of those cases stem from New Providence, which has recorded 6,592 cases, and Grand Bahama, which has had 1,513 cases.

Another 13 Family Islands have recorded a combined 960 cases, while 374 cases have no recorded locations.

However, Forbes noted that recorded active cases do not provide a complete picture of community spread and the actual number of infections, given that many individuals will be asymptomatic or not present for testing when experiencing mild symptoms.

“We have to be very concerned because, should we have a larger third wave than the second wave — in the second wave, we were quite challenged and under pressure, and quite above the capacity that we had, necessitating us to do things like increasing capacity,” she said.

“So, it is very important that we follow the prevention and control measures at this time.”

Forbes added that the vaccination program is also an important part of mitigating outbreaks.

Yesterday, the government expanded its vaccine program, making individuals over the age of 50, workers in the retail sector and restaurants eligible to receive their first dose of the COVID-19 vaccine.

Meanwhile, health experts continue to monitor hospitalizations, which have continued to rise in recent weeks.

As of Saturday, there were 41 hospitalized cases, with two in the Intensive Care Unit at Doctors Hospital.

Fear mongering. The clubs and bars in Harbour Island are open all night. Only poor people on the mainland lockeddown with curfews in areas with no no-called surge. Political campaining in full swing with politicians and entourages hugging, shaking hands, and roaming neighborhoods they dont live in. Sensational headlines affect tourism and unlike reporters & politucians, tourist based business are deep in the red.

The real question for me, is what will be in place moving Forward!
Are Vaccinations being acquired, and what is the Lag time! Based on the Relationship between the US and the Bahamas, I’m guessing that the First wave of Vaccines, will be coming from China!
Either way, The most important issue for me is keeping the Islands Healthy, and Minimalixing any potential Outbreak!