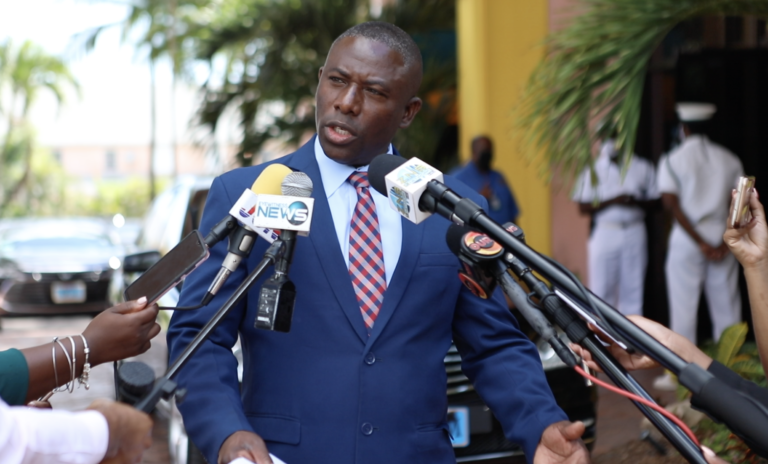 NASSAU, BAHAMAS — The government has yet to make a determination on whether it will allow the existing public state of emergency and accompanying emergency orders to expire next month, according to Minister of Health Renward Wells.

The emergency orders come to an end on August 13 but a resolution tabled in Parliament, which has been adjourned to September 22, could extend the orders.

“I don’t have an update on that as yet,” Wells said outside the Office of the Prime Minister today.

“Those are decisions really, collectively, for the entire Cabinet to make.

“Obviously, as I would have said on Friday, for us, this is not a static situation.

“So, as we approach August 13, the government will assess, reassess, look at where we are, where we want to go economically, where we want to go nationally and, in our social sphere, the mental health of the Bahamian people. How do we see ourselves from a legal standpoint being able to move forward and still [have] rules, regulations, that keep our people safe?

“So, we’re going to look at all of that in the sphere of the context of continuing to maintain the health, safety and well-being of the Bahamian people as best as we can.”

Last month, Attorney General Carl Bethel said the government was aiming for August to end the emergency powers, granted infections did not “get out of control”.

For much of June, cases remained in the low double-digits on a daily basis.

This month, there have been more than 1,500 cases, with daily cases frequently breaching into the triple digits.

Bethel has said the governor general could issue another declaration of a state of emergency should he “form the view that the emergency persists”.

There have been four separate proclamations since the first in March 2020.

The state of emergency provides the competent authority with wide-sweeping powers, as seen over the last year and a half, to limit certain civil liberties and impose restrictions like lockdowns and curfews.