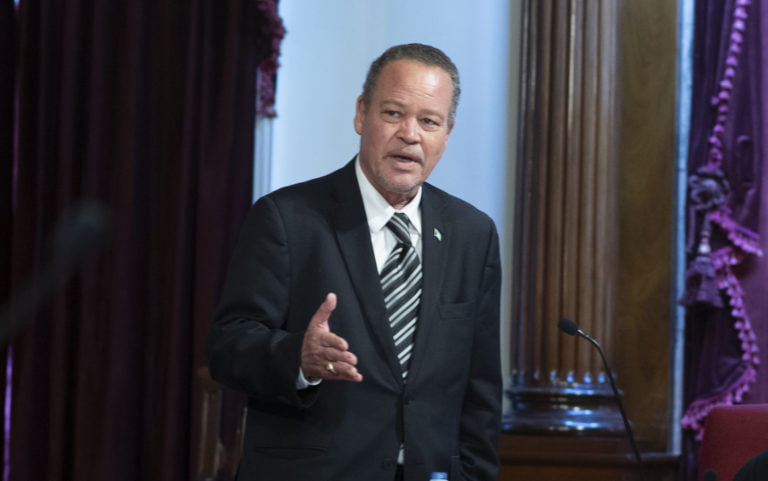 NASSAU, BAHAMAS — Attorney General Carl Bethel indicated yesterday that the government is drafting a bill that will create a “new framework” for permanent COVID-19 legislation concerning the health aspects of the emergency orders, while an advisory committee will advise the minister responsible on the civil aspects of the orders.

In an address in the Senate, Bethel said the advisory committee will be comprised of the government, opposition and health professionals, and will advise the minister.

There will be parliamentary oversight, according to Bethel, who said the bills were in the final draft stage before submission to the Cabinet.

“We’re in the very final stages of it,” Bethel said in the Senate.

“It is going to be carefully crafted.

“Anything that is done must be reasonably justified, which is the constitutional standard for conduct — ordinary, everyday conduct — legislation, government actions, etc.

“So, everything is being based and premised on the phrase that it is reasonably justifiable in the circumstances.

“We are very, very close to having a post-emergency orders bill and that will allow the minister, prime minister, will have an advisory committee, opposition members, government members, medical professionals on it to advise the minister.

“In a sense, the political directorate on both sides will have a say at the advisory committee level, and of course, there will be parliamentary oversight.

“We’re trying to craft a house firmly under the jurisdiction of normality that is guided by ordinary constitutional principle of being reasonable, justifiable and that has input on all sides on every stage.”

According to Bethel, the bill will be submitted for Cabinet consideration and approval.

He added: “We’re trying to come up with a new framework and nobody wants the continuation ad infinitum of emergency orders, but it is a difficult work of drafting because we are trying to create something that is going to be effective, serviceable, efficient and, most importantly, responsive.

“Responsive both to threats as and when they occur, but also responsive to civil society and its legitimate concerns, to strike a balance. I can tell you that a lot of work and thought is going into it.”

Hundreds of people have been arraigned in court for breaches of the emergency orders, namely between mid-March and the early part of the second wave of the virus, which began in early July.

In recent months, however, authorities, who have the discretion to detain for breaches of the orders, have been handing out tickets.

Yesterday, the attorney general said he believes the ticketing offenses have been dealt with, but it remains to be decided what will happen to those in the earlier days of the pandemic who were charged.

He said: “Perhaps, I think we can look at it, in terms of the overall — if and when we can get this bill ready, and we are very closely — we can look at the overall, if you will, resolution that will bring closure to a number of these issues.”