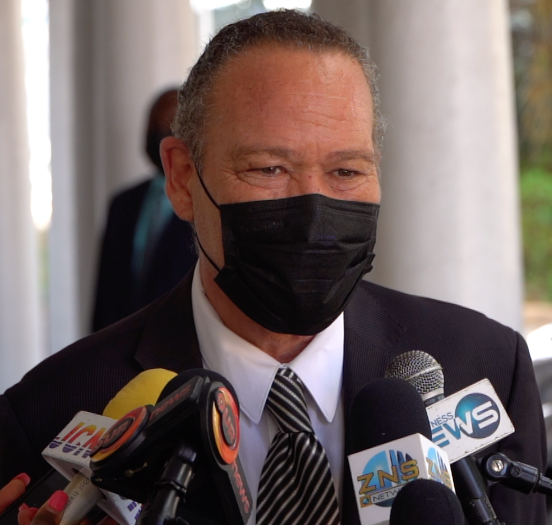 “Everything depends on how we behave ourselves as a people”

Bahamas has been in state of emergency since March 2020

NASSAU, BAHAMAS  — The government is aiming for August for the removal of the coronavirus emergency orders and emergency powers, said Attorney General Carl Bethel yesterday.

Bethel was responding to questions from reporters outside of Cabinet regarding the adjournment of Parliament to September 22 following the passage of the 2021/2022 fiscal budget, considering the current state of emergency is set to expire the month prior.

He noted that despite adjournment of the Lower House, the governor general could still issue a new state of emergency if COVID-19 infections get out of control and it is deemed necessary.

“As it is right now, the government has indicated a view that we could look towards the August period for the removal of emergency powers. That is certainly the aim,” Bethel said.

“Everything depends on how we behave ourselves as a people.

“If we don’t behave ourselves and infections go out of control, then the governor general may have a view as to what is needed to protect the Bahamian people.”

The attorney general insisted Bahamians must err on the side of caution and protect themselves, urging those who have yet to be vaccinated to embrace the decision if possible.

“The coronavirus is still here and it is still moving through society,” he added.

“The question is whether it is a manageable matter or whether it can’t be managed. We hope through the self-discipline of the Bahamian people, we will continue to be able to manage and bring down rates of infections, which is currently going on.”

The current state of emergency and emergency orders were extended last month until August 13 amidst an increase in cases on several Family Islands.

“If he does so, then both Houses will be summoned to meet within five days of the issuance of such a proclamation.

“The mere fact that the House has adjourned beyond the expiration date does not prevent the governor general, in his discretion, should he feel that the emergency persists, to issue a new proclamation, summon the Houses and allow them to debate whether or not to extend the proclamation.”

A public state of emergency has been in effect since March 2020, along with teetering lockdowns and daily curfews.

There have been four separate proclamations since the first one last year.

Each new proclamation grants the government six months in which they can continue extending the order under the Constitution, effectively resetting the clock.

The state of emergency gives wide-sweeping powers to the “competent authority”, the prime minister, to impose restrictions like lockdowns and curfews intended to curb the spread of COVID-19.