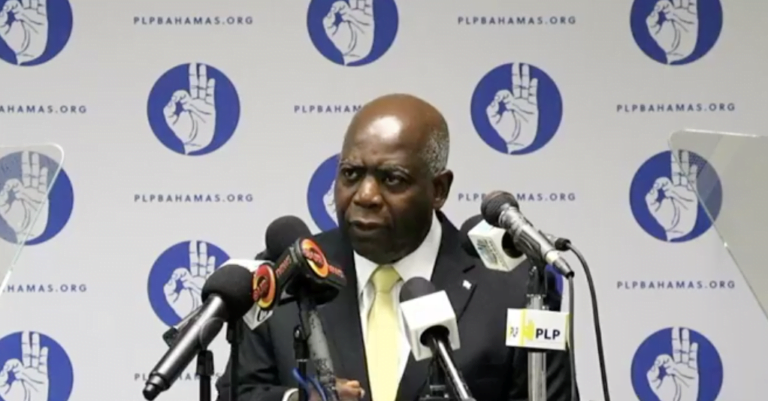 NASSAU, BAHAMAS — The Progressive Liberal Party (PLP) advised yesterday that it will be pulling back its in-person political campaigning for the upcoming general election amidst the third wave of coronavirus cases in the country.

In a statement on the matter, PLP Leader Philip Brave Davis indicated that he was very concerned with the recent growing number of COVID-19 cases.

There were 102 cases recorded between Friday and Saturday, taking the number of confirmed cases in the country to 9,736.

Health officials confirmed 62 new cases of COVID-19 on Friday and 40 on Saturday.

Of the new cases, 76 were on New Providence, 23 were on Grand Bahama, two on Exuma and one on Long Island.

Davis asserted there have been no specific initiatives announced by the minister of health nor the competent authority for mitigating the impact of this third wave, once again accusing the government of reacting instead of planning ahead.

“The PLP is not going to wait for their guidance in order to act,” Davis said.

“We are therefore announcing a pull-back on in-person campaigning.”

The statement said the party will no longer canvass in groups larger than five and and canvassers will not enter homes, but stay outside at a distance of several feet, with masks on at all times.

The party had planned to hold a meeting this week to ratify additional candidates, however, this has been postponed until further notice.

Davis said despite calling on Prime Minister Dr Hubert Minnis last week to announce the election date and match his rhetoric about the importance of keeping Bahamians safe, “he talks the talk but does not walk the walk”.

“He has increased FNM (Free National Movement) campaign activities, even while asking Bahamians to restrict their own gatherings,” he added.

“His failure to communicate the date for the elections is further evidence of his disregard for Bahamians (as well as representing one of many broken promises). Removing uncertainty about the date could allow all political parties to create campaign plans that reduce risk to Bahamians.”