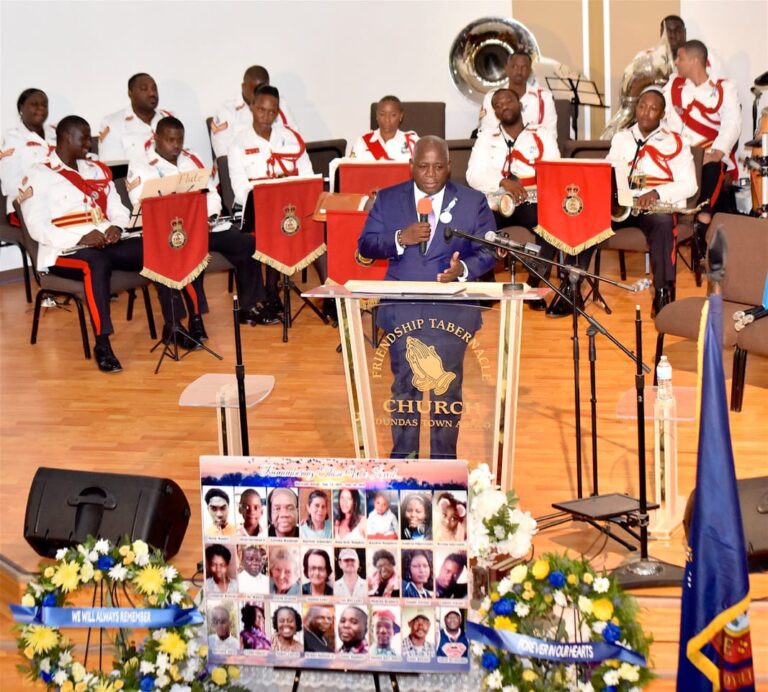 NASSAU, BAHAMAS — Prime Minister Philip Davis said yesterday that “extremely poor” record keeping has made it “near impossible” to account for all the persons who died during the passage of Hurricane Dorian three years ago as well as how donations and pledges have been used.

Davis lamented the hardships faced by victims due to poor management of relief efforts while delivering remarks at a commemoration service on Abaco yesterday to mark the third anniversary of the deadly storm’s passage.

“From the many conversations that I’ve had with you these past few years, I understand how difficult it can be to move forward, especially for those who are left without certainty about what happened to family and friends,” said Davis.

“Not knowing makes it so much harder to move on, harder to rebuild our homes, our businesses. and our lives. Without closure, good mental health is hard to regain.”

Davis continued: “During the past year, we have made strenuous efforts to give an account for each person, to say what happened to every individual. But the task has been made near-impossible. Since 2019, the record-keeping has been extremely poor.

Davis noted that since coming into office last year, his administration has done the best it can to ensure that the national response to Dorian is driven by compassion, although there is still more to be done.

“We have changed the law, in relation to the presumption of death, to facilitate quicker settlement of insurance, banking and other commercial claims,” he said.

“We have completed the Technical Phase of the new Abaco Hurricane Shelter. We have helped people begin to move out of the domes, to cleaner, safer homes. It has not been easy, or perfect, but it is an important step in moving forward.”

Davis said: “Where the domes stand now, there will soon be new housing, which is so badly needed. We have just launched a revamped ‘Homeowner Assistance and Relief Programme’, to provide real, urgent help to people, and do away with the chaos, confusion, and unnecessary bureaucracy which came before.”

The prime minister agreed that the progress has not unfolded quickly enough.

“I could detail the budgetary and bureaucratic obstacles we faced over the last year, but these kinds of explanations are of no use to you – you need action,” Davis said.

“I am glad to say that with the changes we’ve put in place, you will be able to see, touch and feel the results very soon, especially in the housing programme.

“For far too many of you, this is still so desperately needed. We are going to do our best to help bring relief and comfort in rebuilding your communities.”