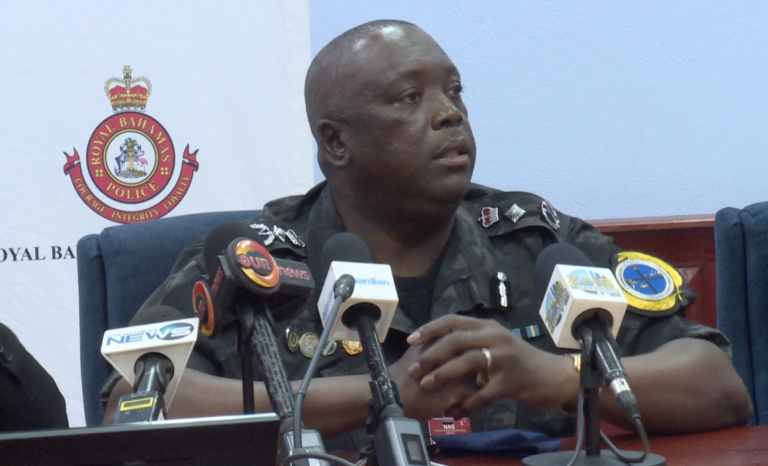 NASSAU, BAHAMAS — Police have managed to put together video evidence from the day of the Jerome Avenue massacre, mapping out the final movements of the vehicles of the victims and suspects involved in the bloody killings.

Commissioner of Police Paul Rolle, who appeared as a guest on ILTV’s Beyond the Headlines with host Clint Watson on Tuesday night, assured that police will solve the case.

On April 15, six men were shot dead and a woman and a two-year-old child were injured in a mass shooting on Jerome Avenue.

The six men were killed just two hours after their release from police custody.

Four men, two of whom were armed with high-powered weapons and the other two with firearms, exited a white Kia Jeep and opened fire on the Honda the victims were in at the time.

Rolle said information from the public is “coming in slow”, noting that officers continue to interview people coming forward.

He said there was one man who contacted police “wanting to turn himself in”.

“You could imagine the fear factor even for him,” Rolle said.

“We have met with persons who are giving information and we believe we are in the right direction.”

The police commissioner noted that much of the case is being investigated using technology and CCTV cameras.

“We are able to map the movement of not only the suspects’ vehicle but the victims as well. So, we will be able to see their movement and the suspects’ movement through the use of our technology,” Rolle said.