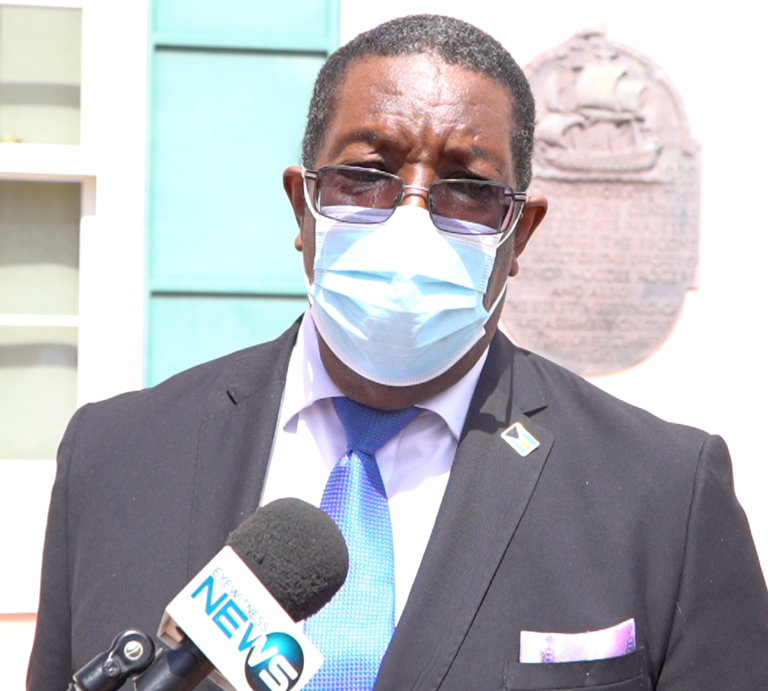 NASSAU, BAHAMAS — House Speaker Halson Moultrie advised yesterday that “all issues have been resolved” between him and members of the executive, following a contentious House meeting last week over the failure to respond to a COVID-19 exposure in the Lower Chamber.

Parliamentarians met briefly yesterday for the first sitting of the House of Assembly since Moultrie abruptly adjourned parliamentary proceedings last week after no action was taken when a staff member contracted COVID-19.

Speaking to Eyewitness News on the steps of the Bay Street building, Moultrie said: “The staff members were tested on Friday. The House has been sanitized and in a discussion with the prime minister and the leader of government business this morning, all issues have been resolved.”

Moultrie did not indicate whether any additional staffers or parliamentarians tested positive for the virus.

Last Tuesday, the speaker confirmed a staff member who tested positive for COVID-19 was reportedly symptomatic during the prior week’s parliamentary sitting and had been in contact with the entire staff throughout that time.

He, along with staff members, were expected to quarantine until May 2, but were present during Wednesday’s proceedings.

The speaker said he contacted both Prime Minister Dr Hubert Minnis and Leader of Government Business Renward Wells, the Bamboo Town MP and minister of health, on the course of action following the exposure, but was given no response.

He abruptly adjourned Wednesday’s proceeding, telling the executive the disrespect of his authority will not be tolerated and he is prepared to go to war.

On Friday, the government had a mass testing exercise at the House of Assembly for staff members and parliamentarians, which Moultrie said was a “purely political” exercise intended on the government’s part to save face after it “poorly handled” the matter.

There have been calls for the government to introduce a safer, hybrid method for parliamentary proceedings throughout the COVID-19 pandemic.

Moultrie yesterday underscored that he is still of the view that the government should put in place a resolution for the House to be able to meet in a hybrid form, whether face-to-face as well as virtual.

“That is the way many, many of the Parliaments in the Commonwealth Parliamentary Association have been moving and quite frankly the entire world is moving in that direction,” he said.

“I don’t think the Parliament of The Bahamas should be left behind.”