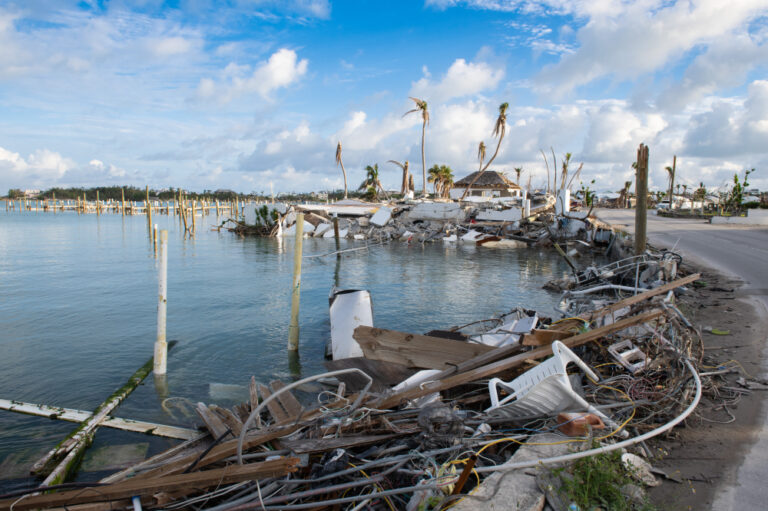 “What happens if the next storm comes?”

ABACO, BAHAMAS — With Abaco still rebuilding nearly two years after Hurricane Dorian leveled portions of the island, some residents are concerned about whether the island is prepared in the event of another storm.

Abaco Chamber of Commerce Director Krista Albury has expressed grave concern about the level of preparedness, noting that Abaco does not have sufficient shelter capacity.

“We’re in another hurricane season and the promised shelter for Abaco — ground was broken on — still is not finished,” she said.

“When are other shelter locations throughout the cays and smaller communities going to be ready?

“What happens if the next storm comes?

“We just need some peace of mind, you know.

“Some people may be lucky and their homes are finished, but the vast majority of people over here, they are not living in homes that can take another powerful storm and where are we supposed to go?”

There remains a severe housing shortage on the island.

A $1.8 million shelter was expected ahead of the ongoing hurricane season, but there were reported delays.

Albury said while she does not wish to evacuate in the event of another storm, the facilities are not in place if Abaco was to face another emergency.

She said when residents left their homes behind on the government’s advice to evacuate, “they told us they weren’t protecting private property because it was considered abandoned if you left the island”.

“We’ve just spent thousands of dollars on our homes trying to put them back together and you’re telling us if we stay (after an evacuation order), you won’t help us, and if we go, you’re not going to help us keep what we’ve rebuilt,” Albury said.

She said residents cannot be asked to sacrifice everything again without an alternative.

The government has encouraged the private sector to build rental units on the island, but there have been challenges with shipping material and the higher costs with some building materials now costing three times as much amid the ongoing coronavirus pandemic.

The Disaster Reconstruction Authority was reportedly working on a 100-unit rental facility for government workers, and work was also expected to begin on five model homes donated by Baker’s Bay.

Mirroring the government’s Carmichael initiative, a total of 60 homes are expected to be built in Central Pines, with 20 completed before the end of summer.

There have been no named storms for the current hurricane season.