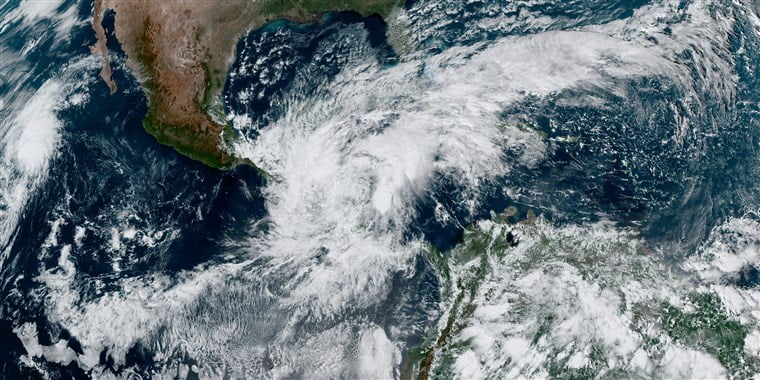 NASSAU, BAHAMAS — With hurricane season fast approaching, meteorologists are predicting another busy one this year.

The season runs from June 1 to November 30, but some meteorologists have been lobbying for the season’s start date to be moved up to May 15.

Last year, there were nine named storms between May and July alone.

The Weather Company, a meteorology unit of tech giant IBM, has projected 18 named storms, eight hurricanes and three major hurricanes with Category 3 or greater wind speeds during the upcoming season in the Atlantic.

Despite the above-average forecast, the company does not anticipate conditions to be as favorable for a repeat of the hyperactive levels of storm formations and landfalls observed last year.

There were 30 tropical storms, breaking the 2005 record of 28 named storms.

The vast number of storms forced forecasters to roll out names from the Greek alphabet by mid-September as they had already exhausted the 21 names for predicted storms.

Ahead of the season, there was consensus among forecasters in their predictions of an active season.

The Weather Channel noted that 10 systems last season met the criteria for rapid intensification — a term that became familiar in The Bahamas after Hurricanes Matthew, Joaquin and Dorian made landfall.

The most notable of the 2020 season was Hurricane Iota, a Category 5 storm that packed 160 mile-per-hour (mph) winds — one of the most intense on record.

A total of nine systems made landfall along the US Gulf Coast.

Dorian in September 2019 packed winds of over 185mph when it pummeled portions of Abaco and Grand Bahama.

In each of the last five hurricane seasons, there has been at least one Category 5 storm.

Some pundits, politicians and environmental organizations have pointed to climate change as the reason for the increasingly active hurricane seasons.

The government of The Bahamas has concurred, with Prime Minister Dr Hubert Minnis making repeated appeals on the international stage for developed countries to do more to reduce their carbon footprint, as small island nations like The Bahamas take the brunt of the impact associated with climate change events.

A wealth of research, including that of the National Oceanic and Atmospheric Administration (NOAA), points to stronger storms as a result of ocean temperatures rising.

The Bahamas was spared last season, a much-needed reprieve as the nation continued recovery efforts from Dorian on the islands impacted and battled its second wave of the coronavirus, which threatened the public healthcare system as cases spiraled in the thousands.