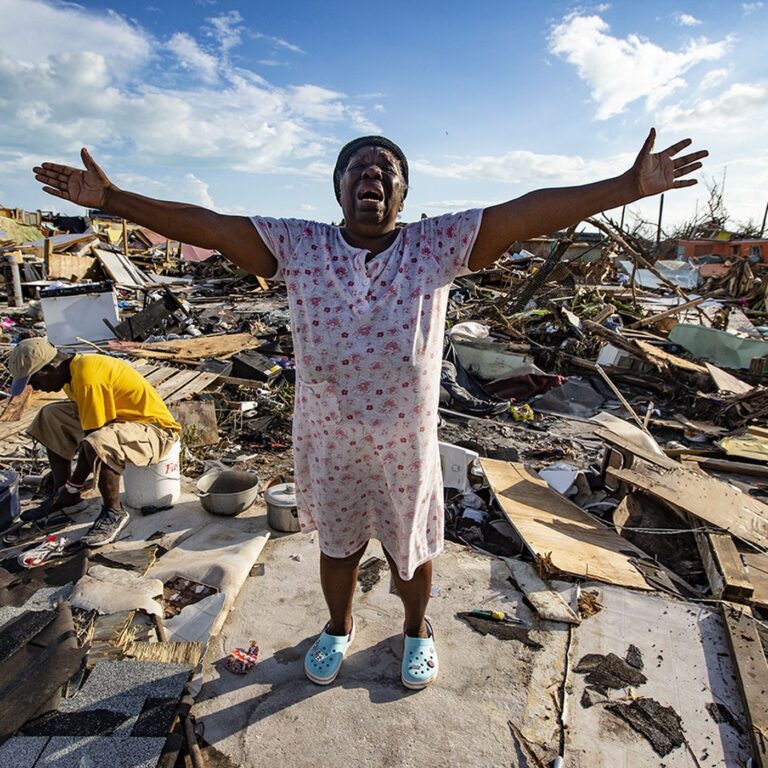 “We have a story not only for local and regional communities, but this is a story for the world”

Last month, in a webinar via Zoom, Storr unveiled plans for a film project centered around natural disaster trauma, which will include a 60-minute feature-length film on Hurricane Dorian’s brutal mental toll, accompanied by a series of shorter film clips with a similar focus.

The film project, which Storr called “dear” to her, is in its pre-production phase.

It bears the title “Dorian Category 6”.

Dr Wendy Fernander, Bahamian clinical psychologist and television producer, and Dr Tia Smith, an American educator and documentary filmmaker, have been attached to the film as producers.

Storr recounted the events that led to her conceptualizing the film project, revealing that she had actually planned to travel to The Bahamas on the same day Hurricane Dorian made landfall in the country.

“I sat helplessly in my home in Pennsylvania, watching these images of devastation”

“I was scheduled to return to The Bahamas on September 1st, 2019, to work on sabbatical research on gender equality issues, but on that day, as you know, Hurricane Dorian slammed into the islands of Abaco and Grand Bahama, shattering lives, destroying property and leaving a trail of anguish and despair,” said the award-winning filmmaker.

Storr recalled: “I sat helplessly in my home in Pennsylvania, watching these images of devastation from various sources, from Whatsapp to Facebook, to local and national, international television, and then I decided to reschedule my flight and travel to The Bahamas.

“I went to The Bahamas on September 4th, three days after Hurricane Dorian, and I rolled up my sleeves and began volunteering at various shelters in New Providence.”

She reflected upon the Herculean effort required to glean through the mental and emotional rubble that remained with Dorian victims.

“At the shelters, I heard harrowing stories of survivors — of what they had endured, how they had survived the storm, dead bodies floating in the water, flying debris, losing loved ones, sustaining injuries as they scurried to shelters and thoughts of dying were frequently mentioned,” said the professor of communication at Pennsylvania State University.

“One survivor, a father, moved me to tears, and after hearing his story, I decided to shift my research focus to examine disaster mental health.”

During the webinar, Storr stated the crux of the film and expressed hopes that the story of Hurricane Dorian will have a global impact.

“Well, because climate change has become one of the top threats to humans and with predictions of more storms like Dorian — wetter, stronger, slower — issues of sustainability and environment have become urgent concerns, especially for small island countries, who are at the forefront for the impact of climate change,” she said.

“There will be more disaster refugees, restraints on resources — national, local, regional; more people dealing with mental health challenges; and so, mental health and psychosocial support will need to be a priority in all countries, especially small developing countries like The Bahamas.

“We have a story not only for local and regional communities, but this is a story for the world.”

The webinar recording can be viewed at: https://psu.mediaspace.kaltura.com/media/Dorian+Category+6+Film+Project/1_1qskce50