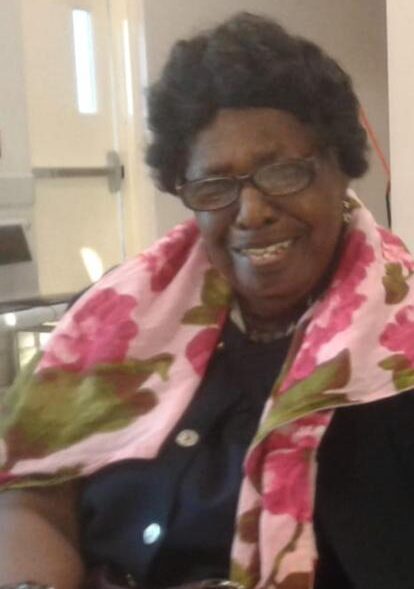 Modina Hepburn, 86, who went missing during Hurricane Dorian in September 2019.

“She had spent so many hurricanes in her home; no one was expecting Dorian to be as bad as it was”

NASSAU, BAHAMAS — Despite trying to convince his 86-year-old aunt to seek shelter before the passage of Hurricane Dorian, David Cornish testified yesterday that she refused to leave her home and he believes she was ultimately dragged out to the ocean by the storm surge.

Cornish was among family members of victims believed to have gone missing during the deadly September 2019 storm who are testifying, in a coroner’s inquest, on the last time they saw their relatives.

He said in the days after the storm, his family filed a missing person’s report for his aunt, Modina Hepburn, and provided DNA sampling, but have not received any word on whether there was a match to a body found.

When he recalled the horrific experience, Cornish said he tried to convince Hepburn to move someplace safer but she refused, leaving him with no choice but to stay because he could not leave her.

Cornish said: “She was reluctant to move. She had spent so many hurricanes there. No one was expecting Dorian to be as bad as it was.”

When the storm hit, he, his aunt and his niece were at their Dundas Town beachfront home — where they were able to walk from their backdoor straight to the sea.

Cornish described the entire house beginning to crumble when the hurricane began, and said as the water rose and the surge quickly came in, he was dragged out of the house by the current.

He managed to get into a nearby vehicle, where he hunkered down.

But soon after, he heard his niece screaming, as she had also been sucked and drawn out by the strong current.

He told the court he was able to open a window and let her in the car, where they stayed until the storm subsided.

However, when they returned to the house to search for his aunt, she was nowhere to be found.

“We searched high and low, all around,” he said.

Cornish said he believes that “with the force of the water that took me outside, when it returned, it took her back with it”.

He said the current possibly dragged her into the ocean because there were no walls at the rear of the house to stop the water from going out to sea.

Since the storm, he has been living in Nassau. Cornish said he has only been back to Abaco once since then, and the only thing that remains of the house is one standing wall — the wall of the room his aunt slept in.

Witnesses for 34 people reported to police as having gone missing during the storm are testifying in groups during the inquest, to adhere to COVID-19 protocols.

The attorney general has granted permission for the procedure to move forward without a jury in an effort to expedite the matter.