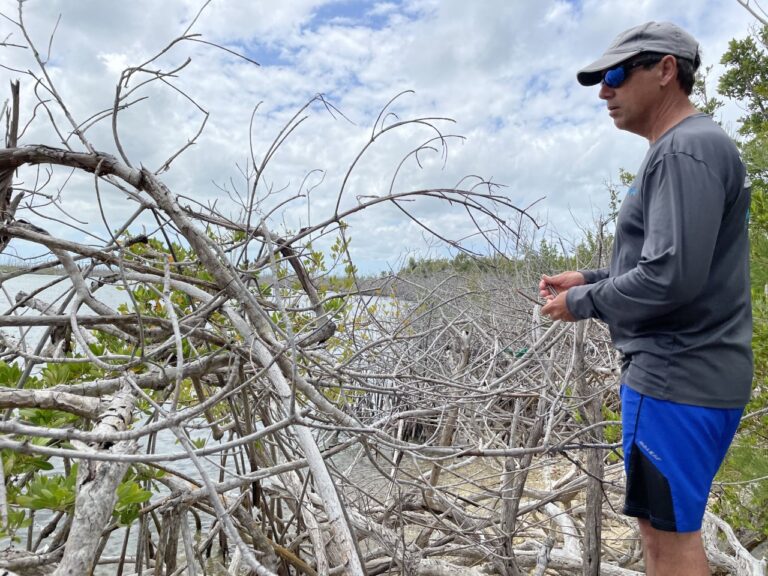 NASSAU, BAHAMAS — Recently released research has confirmed that the islands most heavily afflicted by Hurricane Dorian are also where mangrove populations experienced the greatest declines.

Acknowledging that new data has provided needed context to the extent of the issue, local and regional experts are weighing in on what policymakers need to know to “jumpstart” mangrove recovery in Abaco and Grand Bahama.

According to Bonefish and Tarpon Trust (BTT), a Florida-based organization, its initial surveys suggested 73 percent (representing 21,000 acres) of mangrove forests in Grand Bahama and 40 percent (or 20,000 acres) in Abaco were damaged or destroyed.

However, according to Executive Director of Perry Institute for Marine Science (PIMS) Dr Craig Dahlgren, the total is significantly less than the initial estimates projected.

According to the newly released findings, Abaco sustained damage to 21.3 percent of its mangrove population, 18.7 percent less than the 40 percent first floated.

As multiple agencies attempt to secure funding for mangrove restoration projects, Dahlgren said that “no one organization can do it all.” He also noted that the time required for full restoration would make further delays imprudent.

“With concerted, sustained efforts over the next couple of years we can jumpstart that recovery process enough so that nature can then take its course, but it’s going to take a decade or more for those mangroves to fully recover, based on how fast the new ones start to grow and how long it takes for them to reach maturity,” said Dahlgren.

PIMS and its partners say they have thus far planted 12,500 mangroves off Grand Bahama.