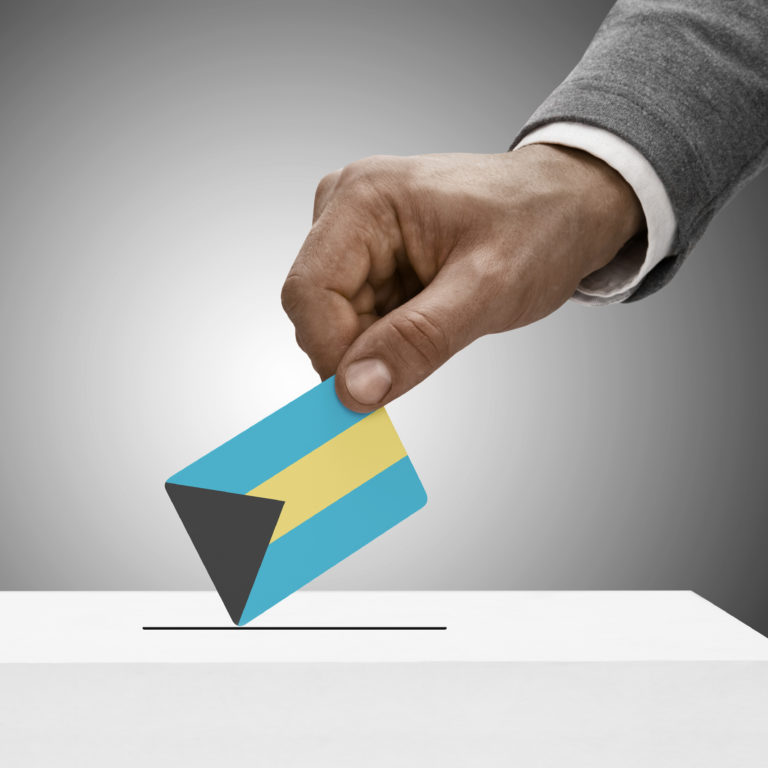 NASSAU, BAHAMAS — Prime Minister Dr Hubert Minnis yesterday urged Bahamians to register to vote in the “shortest possible time”, suggesting once again that the next general election could be called soon though he has repeatedly dismissed talks of an early election.

“My brothers and sisters in Christ, in a few days, we will celebrate Independence Day,” Minnis said at Calvary Deliverance Church.

“It is a time to take pride in all we have accomplished as a sovereign nation over the last 48 years. One of the things we should be most proud of is our democracy.

“In our system, the people select their government at the ballot box. We have free and fair elections.

“We have an orderly process in how we select those who represent us in Parliament.

“There is a new law governing voter registration.

“If you have questions about your registration, you may go to the Facebook [page] of the Parliamentary Registration Department or call the department.

“I want to encourage you all who need to register to do so in the shortest possible time.

“The right to vote was fought for by our founders.

“We should not take it for granted.

“The collective will of the people decides who should govern.”

Minnis has said his administration will go the full term before calling an election.

As he wrapped up his administration’s final budget debate of this term, the prime minister insisted the next general election is not due until May 2022.

A range of centers across New Providence and Grand Bahama have been open for expanded voters’ registration.

There have been more than 16,000 new registrants since the last general election.

Purging exercises and deletion of individuals who have died account for the difference.

“When the registration exercise commenced, the department had the view that we would go over 20,000 persons.

“To date, we are at 16,000 who would have been added to the register, so we are certainly trending in the right direction.”

Only Bahamians who are not on the 2017 voters register or who have moved to an address different from the one on their current voter’s card need to visit a Parliamentary Registration Centre to register or transfer their registration to a new polling division and constituency where they now reside.

In preparation for the next general election, the government has allocated $4,700,020 in the 2021/2022 fiscal year for the Parliamentary Registration Department.