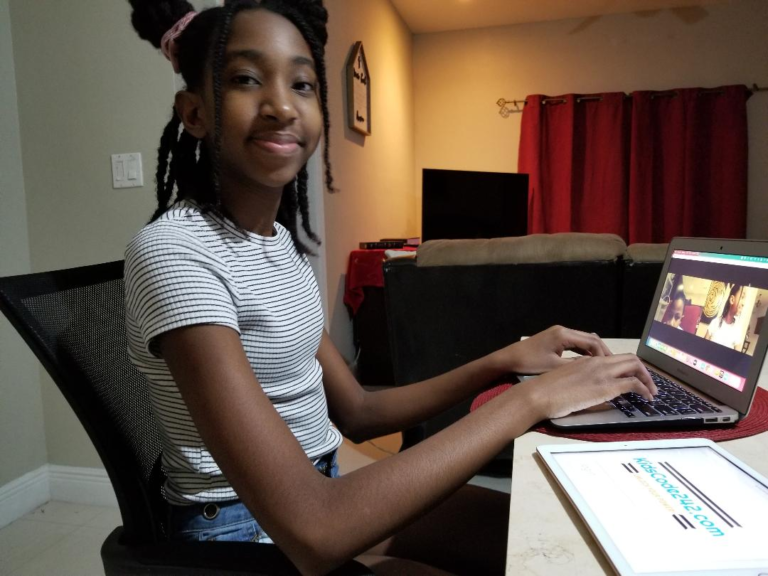 NASSAU, BAHAMAS — A pre-teen Bahamian girl has launched a non-profit initiative to empower other children to “unlock” their power by learning how to code.

Chelsea Smith, 11, initially began learning coding as a way to be productive at the start of the pandemic. Under the guidance of her older brother, she took on the challenge of learning how to code web applications and games. She found the process so inspiring that she began to think of ways to teach other children to code. This led to the creation of KidsCode242: an organization with the sole mission of making coding fun and accessible for kids of all ages.

Smith said: “When I first started learning how to code, I found it a little boring at times, but I did not let that stop me. The more I explored coding, the more I realized that there were fun and interesting ways to learn how to code that made it more engaging for kids. This is important because the less it feels like ‘work’, the more kids will want to learn and stick with it.”

At the core of KidsCode242’s approach to coding is a focus on content that is exciting and relevant to the child’s values and interests. Learners are exposed to activities within the context of games and other apps that pique their curiosity in not only using these programs, but also exploring how they work.

Smith views this as essential to keeping young people motivated as they learn the complexities of programming.

“I took on the challenge of learning four coding languages,” she said. “It was difficult, but what motivated me to stick with it is when I saw the results of my hard work.

“I created my own Minecraft mod and designed my own Roblox game. The feeling of playing within a world that I created was amazing and rewarding. It made me think about games beyond being just a player or user; I began to think about how I could be a creator.”

Just as her older brother shared his knowledge with her, Smith was not content to keep her knowledge to herself. She immediately began thinking about ways she could connect with other Bahamian children and show them how interesting coding can be.

“I love sharing my knowledge to help more kids in The Bahamas to get prepared and exposed to coding and other digital skills,” Smith said.

“KidsCode242 is a way to keep students socially and mentally engaged in a positive way. I am inspired by the ‘Hour of Code’ in the US where millions of students take part. My dream is to see KidsCode242 become a major programme in The Bahamas, supported by volunteers and business sponsors.”

The pre-teen’s passion stems from her belief that coding languages will become an essential form of digital literacy in coming years. She sees KidsCode242 as a way to do her part to spread “the gospel of coding” throughout The Bahamas.

Smith said: “All industries will be impacted by computer programming. Even if children don’t become programmers, being familiar with the basics will still be important.

“Many schools are so focused on what’s going on today that they aren’t preparing kids for the skills they will need tomorrow. I hope I can do my part to fix that.”

KidsCode242 provides students between the ages of four and 17 with access to self-paced tutorials to build skills that they can leverage now and in the future. Through popular games like Minecraft and Roblox, kids learn real computer coding languages, such as JavaScript, Java, Lua, CSS, HTML and Python using professional software tools.