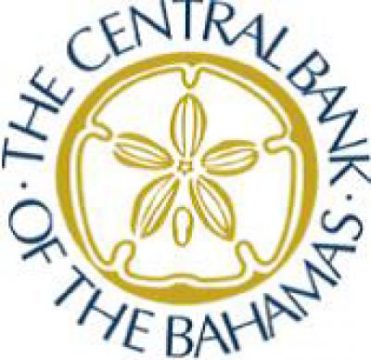 NASSAU, BAHAMAS – The uptick in domestic inflation during the first quarter of 2019 continued to reflect the pass-through effects of the Minnis administration’s increase in value-added tax (VAT) from 7.5 percent to 12 percent last July and the higher global oil costs in prior periods, according to The Central Bank of The Bahamas’ Quarterly Economic Review report.

During the first quarter of the year, average consumer prices rose by 1.1 percent.

This increase outpaces the 0.3 percent increase recorded in the same period in 2018 and the average gain of 0.6 percent realized over the last five years.

“Underlying this development, average costs firmed for transport by 5.2 percent and furnishing, household equipment and routine maintenance by 3.5 percent, after posting declines of 1 percent and 0.9 percent, respectively, in the prior period,” the bank said.

“Further, in contrast to the prior year’s decreases of 1.9 percent and 0.3 percent, average prices rose for alcohol beverages, tobacco and narcotics, by 1.1 percent and food & non-alcoholic beverages, by 0.7 percent.

“In addition, the inflation rate quickened for miscellaneous goods & services, by 30 basis points to 0.6 percent, while the reduction in average costs softened for communication, by 2.3 percentage points and clothing and footwear, by 0.8 percentage points, to 0.3 percent each.

“In a modest offset, accretions to average costs slowed for restaurant and hotels, by 56 basis points to 2.0 percent and for housing, water, gas, electricity & other fuels — the most heavily weighted component — by 63 basis points to 0.7 percent.

“Similarly, the average costs for recreation and culture and health decreased by 0.8 percent and 0.2 percent, vis-à-vis gains of 1.4 percent and 0.9 percent a year earlier.

“In addition, the average cost for education declined by 1.7 percent, after remaining unchanged in the previous period.”

The VAT hike last year was met with public outrage.

There were widespread concerns that the increase could lead to slow economic growth and decreases in consumer spending, though the government has insisted that despite the short term effects, the measure will serve the country over the long term.

VAT collections for the first quarter, which account for 32.7 percent of total tax revenue, increased by $31.7 million or 18.4 percent to $203.6 million, the bank noted.

The report indicated that the domestic economy expanded modestly in the first quarterof 2019, reflecting growth in tourism as well as improvement in key source markets.

“There was also sustained strong momentum from vacation rental properties.”

Total visitor arrivals rose by 12.3 percent, surpassing the prior year’s growth of 2.8 percent and the average of 1.8 percent recorded over the last five years.

An analysis of the major port entry also showed that the completion of the phased opening of Baha Mar in 2018 contributed to the 27 percent rise in visitor arrivals during the first quarter.

During the period, 1.2 million guests arrived in The Bahamas, a reversal from the 1.8 reduction observed the previous year.

Additionally, a number of small to medium-scale foreign investment related projects undergirded activity in the construction sector, according to the bank.

Total mortgage disbursements for new construction and repairs—as reported by banks, insurance companies and the Bahamas Mortgage Corporation—firmed by 28.1 percent or $7 million to $31.7 million, in comparison to a 2.6 percent contraction in the prior year.

The residential segment grew by 26 percent to $31.2 million, after a declined of under one percent in 2018.