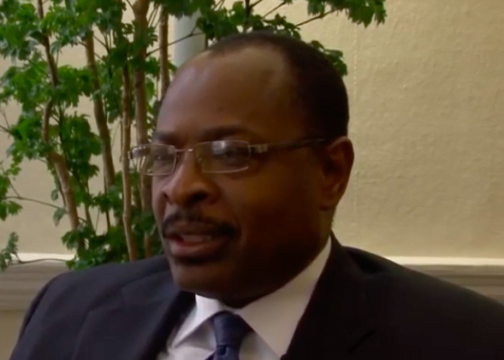 NASSAU, BAHAMAS — The Office of the Auditor General is currently reviewing the expenses of the Ministry of Youth, Sports and Culture and the National Sports Authority (NSA).

In an interview with Eyewitness News yesterday, Auditor General Terrance Bastian confirmed the audit will be reviewing expenditure and relevant contracts with the ministry and authority, noting “they don’t really collect revenue”.

“We have already looked at information for a couple of weeks now,” Bastian said.

“Other things may come up, but it’s an ordinary audit that was planned even before this day revealed itself.”

Eyewitness News understands the audit began last November but was stalled due to restrictions amid the COVID-19 pandemic.

Rolle did not provide a reason for her resignation in her letter to the governor general, nor when she confirmed her decision to Eyewitness News.

She said she will continue on as the MP for Seabreeze to fulfill the contract she signed with voters.

A statement from the Cabinet Office advised that Rolle’s resignation was accepted by the prime minister and her post will be filled by Iram Lewis, who will demit the role of minister of state in the Ministry of Disaster Preparedness, Management and Reconstruction.

“Certain matters have been brought to the attention of the prime minister and are under investigation,” the statement read.

Rolle, who was the only woman in Cabinet, is the fourth minister to resign during the Minnis administration term.

The last audit of the NSA conducted by the auditor general uncovered several damning revelations relating to the award of certain contracts.

The report, which was tabled in April 2019, revealed that a consultancy firm was paid $1.19 million for work that was reportedly never done; expenditures to support stadium readiness upgrades lacked transparency; and the government may not have gotten value for money from special funding.

At the time, Prime Minister Dr Hubert Minnis said the commissioner of police was expected to investigate the findings.