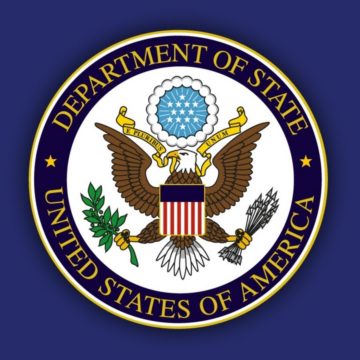 NASSAU, BAHAMAS – While Minister of National Security Marvin Dames said earlier this month that he expected future United States Department of State travel advisories to reflect ongoing discussions between the two countries, the latest U.S. advisory released Monday maintains its “increased caution” rating on The Bahamas and warns U.S. citizens to avoid, among other areas, the Sand Trap – a once popular spot on West Bay Street.

The advisory was reissued after a “periodic review with updates to information on crime”.

“Violent crime, such as burglaries, armed robberies, and sexual assault, occurs even during the day and in tourist areas,” the report read.

“Although the Family Islands are not crime-free, the vast majority of crime occurs on New Providence and Grand Bahama islands.

“U.S. government personnel are not permitted to visit the area known by many visitors as the Sand Trap area in Nassau due to crime.

“Watercraft are often not maintained, and many companies do not have safety certifications to operate in The Bahamas.

“Jet-ski operators have been known to commit sexual assaults against tourists.

“As a result, U.S. government personnel are not permitted to use jet-ski rentals on New Providence and Paradise Islands.

In keeping with its February 25 advisory, the U.S. Department of State cautioned American citizens visiting The Bahamas to exercise caution Over the Hill, south of Shirley Street and the Fish Fry at Arawak Cay, especially at night.

When Prime Minister Dr. Hubert Minnis attended a meeting with Trump with four other Caribbean leaders at the president’s invite in Florida in late March, Trump pledged to have travel advisories issued by the U.S. looked into.

Following the Florida trip, Minnis said travel advisories should primarily inform citizens travelling to be aware of the problem as opposed to initiating fear, which could significantly impact tourism.

Minnis said he also expressed concern to the U.S. president that some information in the advisory appeared to be inaccurate and recycled.

“We brought that point across and the president was very concerned as to how that’s impacting us… I would have explained that,” the prime minister said.

“I also pointed out that out when one looks at the amount of criminal attacks or involvement of the American tourists versus our population [it’s] very negligible.

Earlier this month, Dames said Bahamian authorities and U.S. officials have continued to have “constructive” discussions on the matter.

Asked if he expects the next advisory to reflect those discussions, the minister said that has been the aim.

“We’ve been having those meetings and having those discussions and looking at it as a Cabinet as well, looking at how can we work better to improve the level of communication and dialogue along these fronts.

“We have been doing that with our nations, whenever there is a concern in relation to theirs or any incident having to do with their citizens or where in this case there is an advisory.”