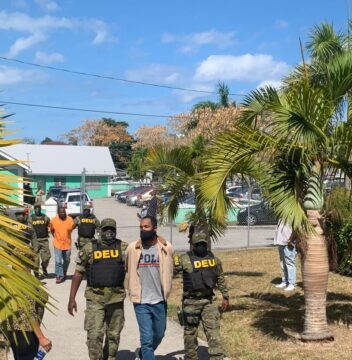 NASSAU, BAHAMAS — Two men were arraigned in the Magistrate’s Court today in connection with a $3.1 million drug bust that occurred on March 29 on Eleuthera.

Emil was charged with the latter two.

Both pleaded not guilty to the charges.

Miller was granted bail at $10,000 and Emil is expected to return to court on April 12 for a bail hearing.

The trial is expected to begin on September 1.