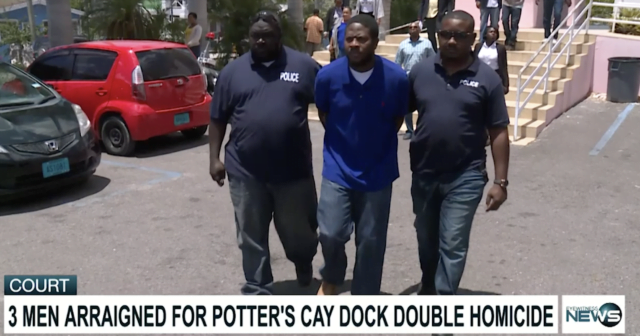 According to police reports, shortly after 8 p.m. on May 8th, police received reports of gunshots in the area of Potter’s Cay Dock at one of the local establishments.

Police said officers assigned to this area heard the shots and immediately responded to the eatery where they met Lockhart and Russell suffering from apparent gunshot injuries to the upper body.

The trio were not required to enter a plea and were denied bail. They have been remanded to the Bahamas Department of Correctional Services until June 20th for a Voluntary Bill of Indictment.