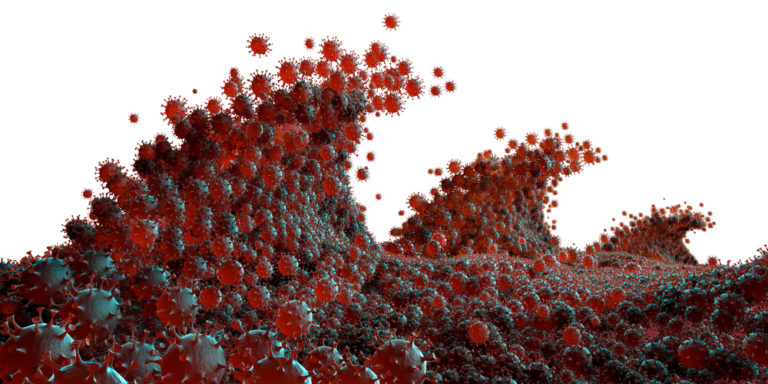 NASSAU, BAHAMAS — Director of the National HIV/AIDS and Infectious Disease Programme Dr Nikkiah Forbes said a recent uptick of coronavirus infections and hospitalizations could be the onset of a third wave of the virus in The Bahamas.

Forbes, when contacted for comment, told Eyewitness News health experts in the nation are closely monitoring the situation.

“And overall, hospitalizations are also increasing, and this is a concern for health officials because a sustained uptick in the number of cases could be an indication that we are going into a third wave.

“We are watching and monitoring this very carefully and it is very important that we all continue to follow public health measures to keep COVID-19 under control.”

In February, health officials said The Bahamas had flattened the curve of the second wave as the country recorded low single-digit infections over a weeks-long period.

But the downward trend was short-lived as Grand Bahama began to record more cases, outpacing New Providence once again with new daily infections.

The week prior, there were 139 new infections recorded countrywide.

Another seven cases were hospitalized in the last week, increasing hospitalization to 32 — another indicator of the COVID-19 trend in The Bahamas.

A closer look at the data gleaned from the Ministry of Health’s COVID-19 dashboards shows that in the last week, cases on Grand Bahama have increased 33 percent, and 10 percent on New Providence.

The island recorded the same number of cases between March 11 and 18.

On Friday, the country recorded 34 additional cases of COVID-19 — nine on New Providence, 15 on Grand Bahama, four of Abaco, two on Eleuthera, two on Andros and two with locations pending.

Of these cases, five had a history of travel within the past two weeks. These cases were all recorded on New Providence.

As of Saturday, The Bahamas had recorded 9,076 cases since the onset of the pandemic, including 42 new infections recorded that day.

Of the new infections, there were 22 on New Providence, 14 on Grand Bahama, one on Bimini and five on Eleuthera.

Notwithstanding the daily increase in new cases, active cases of the virus stood at 229 last Friday following a data cleaning exercise performed by the Ministry of Health.

Active cases increased to 271 on Saturday.

The recovery rate in The Bahamas stands at 94 percent.

More than 5,000 people have been vaccinated.

There have been 188 confirmed deaths, 39 non-COVID-related deaths and 15 deaths that remain under investigation.

On Saturday, 303 tests were completed, two of which were repeat tests.

This means The Bahamas’ positivity rate on the date was 8.5 percent, an increase over the less than five percent recorded in months past.

While noting the government’s vaccine program could play a large role in limiting new infections in The Bahamas, former Minister of Health Dr Duane Sands predicted last month a possible worst-case scenario of 20,000 confirmed cases, based on existing data.

I hope there is no third wave, thing are going well for the local economy and many Bahamians are staying very close to home

There is talk of a third wave because the Incompetent Authority wants to flex and show the power he holds over the subjects of his kingdom.

The whole world is in the 3rd wave. Not just potentially us.

Physiological warfare to frighten people and make take the “vaccine”.

The whole world is in the 3rd wave. Not just potentially us.