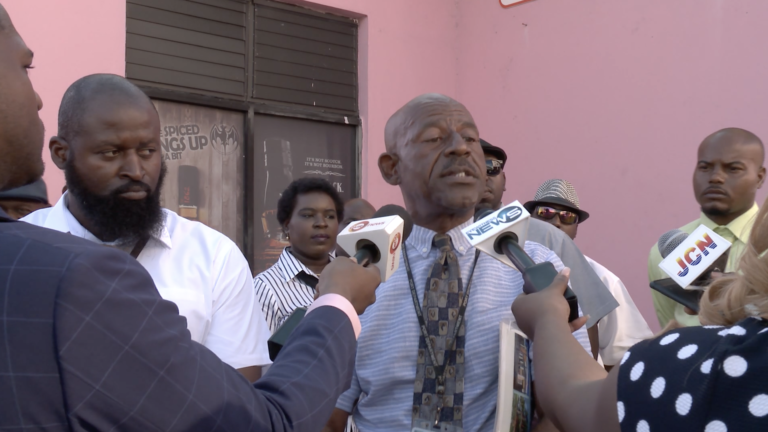 Taxicab drivers are calling on the government to lift the moratorium on the issuance of taxi plates and recall existing plates to “clean up” the industry.

Industry stakeholders had an opportunity to voice their grievances at a town hall meeting held last night at the National Training Agency on Gladstone Road, hosted by Minister of Transport and Local Government, Reward Wells.

Chief among their concerns is being able to be owners and not leasers of the business.

“We are stuck with having to pay someone for a plate and for many of us even a car, then you have those who are entering the industry and are unable to put food on the table because of how difficult it is,” Wells said.

Another driver, Terrance Kemp argued that individuals with private plates operate as taxis at the major resorts and are killing business.

“We have to fight for a spot in the line with persons who do not even have a plate or are leasing a plate.”

Other drivers said they are growing frustrated as they have to pay almost $2,000 per month to the owner of a taxi plate and are barely able to make a profit.

“When you hear about taxi drivers having to sleep in their cars, it is true,” one driver lamented. “We have to do that because that is the only way we will be able to walk away with anything. We are disrespected at every opportunity and no government has made an effort to correct this problem.”

Wells addressed what he called an age-old problem, noting that the moratorium was placed on the industry more than 30 years ago and original holders of taxi plates have either died, are not using the plates or have sub-leased them, leaving the industry in limbo.

“The present Act is not acting,” he said. “I have a problem with the lawyer who has three plates, who is not involved and is taxing others for using the plate. It should not be. I hope that I can bring to Cabinet a recommendation to remove the moratorium and recall the plates.”

Many of the drivers said they are eager to see how Cabinet will respond to this recommendation and are hopeful that they will have the courage to bring about change.