“So far, only the stopover market has benefited from tourism restart” NASSAU, BAHAMAS — Total foreign arrivals fell by nearly 80 percent in March, extending the nearly 60 percent decline in the same period last year, the Central Bank has reported. According to the Central Bank’s Monthly Economic and Financial Developments report for March, total […]

“With over five million cruise visitors, we have a captive audience to showcase all that is Bahamian to them” NASSAU, BAHAMAS — The Ministry of Tourism and Aviation (MOTA), along with the Tourism Development Corporation (TDC), has facilitated the formation of the new Bahamas Cruise Committee. The Cruise Committee will work with the cruise lines […]

D’Aguilar notes Downtown Nassau a “ghost town”; tourism industry “anxious” for cruises to return Maura: Our bread and butter are transit passengers but homeport passengers the icing on the cake NASSAU, BAHAMAS — Nassau Cruise Port’s top executive hailed as “great news” reports that the US Centers for Disease Control and Prevention (CDC) could allow […] 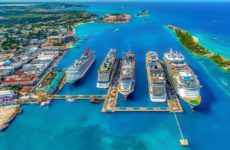 D’Aguilar says risk is “relatively low” and opportunity could be tourism “bright spot” NASSAU, BAHAMAS — MSC Cruises is giving “serious consideration” to homeporting in The Bahamas, according to Tourism Minister Dionisio D’Aguilar, who noted that the company was completing its “due diligence” and would likely indicate soon whether it will proceed with such an […] 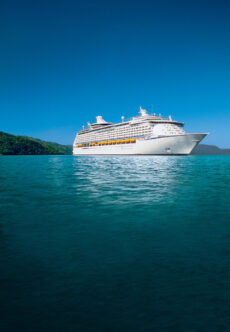 NASSAU, BAHAMAS — With Royal Caribbean International’s Adventure of the Seas on target to set sail June 12 on its historic inaugural Nassau homeporting voyage, the company’s vice president today predicted a boon to a variety of local businesses in Nassau and on Grand Bahama. Russell Benford, the Royal Caribbean Group vice president responsible for […]

NASSAU, BAHAMAS — The US Centers for Disease Control and Prevention has issued its second phase of technical guidance under the Framework for Conditional Sailing Order (CSO), bringing cruise lines one step closer to sailing in United States territorial waters. The technical instructions will allow cruise lines to prepare their ships for simulation voyages, which […]

NASSAU, BAHAMAS — A local environmentalist decried plans for several cruise lines to homeport in this jurisdiction as “the most depressing news in a long time”, urging this nation to undertake a serious review of whether the cruise is “worth our while”. Tourism Minister Dionisio D’Aguilar told Parliament earlier this month that three cruise companies […]

Rolle: It’s not the cruise line; it’s the govt that gave permission without consulting stakeholders EXUMA, BAHAMAS — Exuma Chamber of Commerce President Pedro Rolle said yesterday that there was vocal support for and against Crystal Cruises coming to the island, telling Eyewitness News: “We have to do what’s best for Exuma.” Crystal Cruises has […] 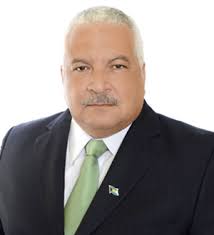 Cartwright laments lack of banking facilities on the island, however NASSAU, BAHAMAS — While Harbour Island’s tourism stakeholders have voiced their opposition to cruise tourism on that island, one Long Island businessman said yesterday that that island will “take all we can get”. Businessman Mario Cartwright told Eyewitness News that Crystal Cruises’ decision to include […] 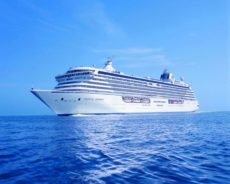 Global Ports Holding “extremely excited” as cruise industry set to relaunch in The Bahamas NASSAU, BAHAMAS — Crystal Cruises recorded its biggest single-day of bookings in its 30-year history in response to its Bahamas cruise set to launch July 3. According to a statement from the Ministry of Tourism, the cruise line saw an extraordinary […]

NASSAU, BAHAMAS — Royal Caribbean’s chief executive yesterday expressed optimism that its homeporting arrangement to commence in June could be the beginning of something “new and exciting” for the long term, depending on customer response. Michael Bayley, Royal Caribbean International’s president and chief executive, said during a video conference yesterday that the company believes there […]

“The order book for new cruise lines is very strong despite the pandemic” NASSAU, BAHAMAS — Nassau Cruise Port’s top executive said yesterday that Royal Caribbean’s return to The Bahamas this June is a “big deal” from an economic standpoint, noting that “every consideration” is being given to the passenger experience as the cruise port […]

NASSAU, BAHAMAS — A well-known real estate broker and businessman said the recent news that a number of cruise lines are considering homeporting in The Bahamas has the potential to be “the biggest game-changer in recent history” for the tourism-based Bahamian economy. Mario Carey, founder and chairman of two real estate firms and his newest […] 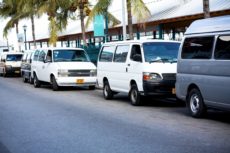 NASSAU, BAHAMAS — Bahamas Taxi Cab Union President Wesley Ferguson said yesterday that 40 percent of drivers remain out of work with the cruise industry currently at a standstill, noting that the cruise industry’s interest in using Nassau as a homeport could provide a major boost to some taxi cab operators. According to Ferguson, with visitor […]

Passengers will be required to be vaccinated against COVID-19 and test negative before boarding NASSAU, BAHAMAS — Miami-based luxury cruise line Crystal Cruises will offer seven-night all-Bahamas cruises in early July, a move Tourism Minister Dionisio D’Aguilar said could serve as a “tipping point” for the country’s stalled tourism industry. “This is a milestone achievement, […] 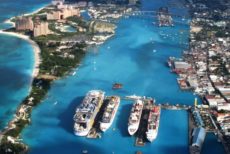 Tourism minister notes revenue cruises expected to resume in Q3 2021 NASSAU, BAHAMAS — Three cruise companies have expressed interest in making Nassau their homeport, according to Tourism Minister Dionisio D’Aguilar, who noted that the economic implications of such a development would be significant. During his contribution to the mid-year budget yesterday, D’Aguilar said: “Three […]

NASSAU, BAHAMAS — Royal Caribbean Cruise Line yesterday decided to extend the suspension of sailings for its global fleet through May 31. While cruise executives say they have no definitive timeline on when they will resume sailing from US ports, yesterday’s announcement indicates that any return to this destination will not be over the next […]