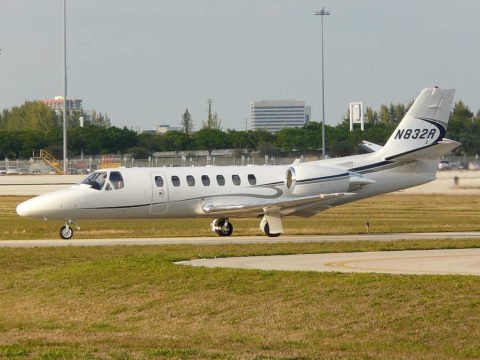 NASSAU, BAHAMAS – The search for a 2001 twin-engine Cessna that crashed in waters approximately 190 miles east off Marsh Harbour, Abaco, Friday was suspended yesterday morning, according to U.S. officials.

According to international reports, the U.S. Coast Guard’s 7thDistrict was notified by Miami Mission Control of a non-responsive pilot traveling from St. Louis, Missouri to Fort Lauderdale, Florida at around 5 p.m.

However, as of 11:30 a.m. yesterday, Coast Guard 7thDistrict Search and Rescue Coordinator, Christopher Eddy, told the media the search had been suspended.

“Suspending a search is one of the most difficult decisions we ever have to make, and we never make it lightly,” he said.

“We always want the best-case scenario to happen and will continue to monitor for new information that could aid responders.”

“We’re the state that is closest to where the crash happened so we are involved as far as gathering information and because the United States in the state of registry, they would also take a lead role as well,” he told Eyewitness News Online.

“So, we are coordinating between ourselves and the United States.

“Whatever information we are able to gather, we share that with them.”

He continued, “Up to now, we have not been able to get any more information as to if they were able to find the aircraft or the occupant of the aircraft.

According to the FAA, there was one person on board.

In the interim, Major said AAID personnel will determine and reach out to the owners.

He noted, however, that the investigation could be turned over to U.S. officials as the state of registry.

According to Federal Aviation Administration (FAA) records, the N832R Cessna is owned by Hypo Consulting LLC. Based in Palm Beach and had valid registration.

It reportedly made a rapid drop in speed around 5:45 p.m.