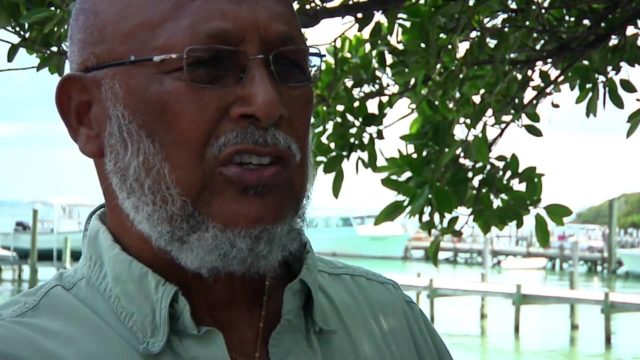 Local Environmentalist and Save the Bays Chairman, Joseph Darville on Monday pleaded with the government not to allow Disney Cruise lines to purchase and develop Lighthouse Point in South Eleuthera.

In an interview with Eyewitness News, Darville said regardless of Disney’s claims that there will be “little environmental damage” because of the dredging, coral reefs will be destroyed.

“Ten feet from the shore you have magnificent coral reefs and if you bring people there with all their sun tan lotion, the coral reefs will be dead within a week,” Darville claimed.

“We are borrowing that land from our children, we have no right to give it away and destroy it, it is delicate and it was a gift given to us and we will be negligent if we let people come in here and destroy it.”

Last week at a Town Hall meeting in Eleuthera, Dr Minnis said his administration is not considering environmental arguments and the decision on who will be granted permission to develop the historic land will be made solely by the people.

Last Wednesday, Dr Minnis told residents of South Eleuthera that his government will make a decision by this week on the proposed development of the Lighthouse Point beach property.

Disney Cruise Line proposes to develop the estimated 700-acre Lighthouse Beach property located on the southern tip of Eleuthera.  Another project, One Eleuthera, is also on the table for consideration.