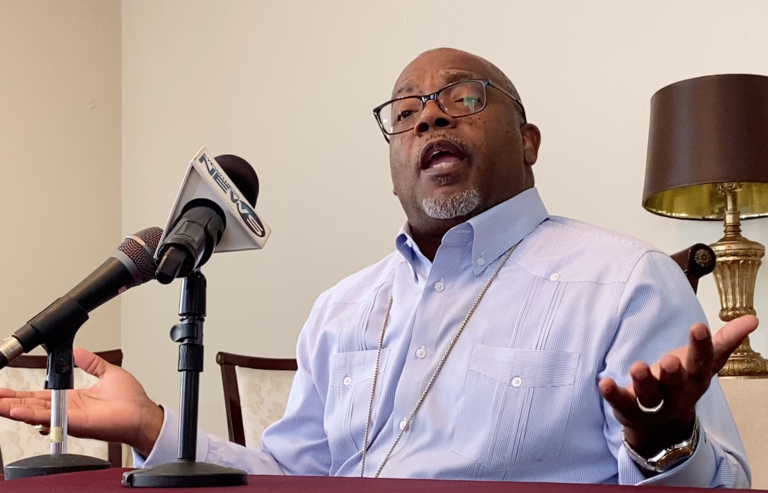 Ellis underscored that no matter how it’s put, rape is rape, adding there needs to be a stronger push from law enforcement to incentivize perpetrators to curb problematic behavior.

“You could say: singular rape, marital rape, rough rape, light rape it doesn’t matter what adjective you put before rape; if it’s rape it’s a crime.

“When I was a little boy growing up we did whatever we were able to get away with no matter what the discipline or the culture was at home if we knew we did this I could get away with it that’s what we did.”

“[…] I  think we need to start by enforcing the laws there’s no need to amend laws if you don’t enforce the ones you already have.”

“I think one of the problems we’ve made over the years is that we have amended laws that were never been enforced in the first place so that’s really not an amendment that’s not even a correction that’s an admission that your lack of enforcement ain’t working,” he said.

“So if we enforce the law on the books, I believe there would be less need for amending the laws that are on the books.”

The Mount Tabor Senior Pastor acknowledged that as time passes, and societies change, there should be necessary adjustments made to the law to stay current with a developing society.

“Every so often you need to revisit laws and revisit bills and make sure they are current and in keeping with where the society is at the time. There is no need to have archaic laws in a developing society,” he said.

The draft amendments are still in the minds of advocacy organizations as well, like the Zonta Club which observes its 16 Days of Activism.

President Sonia Brown said that the bill is one of the things on their agenda for advocacy.

“We certainly need to see the amendments to the sexual offenses act to make marital rape unlawful in the Bahamas, but I think generally as a society we need to be educated about what healthy relationships look like. I think that’s the missing piece,” Brown said.

The Zonta Club is joining their international branches, Brown explained, as they encourage people to speak up and act on gender-based violence against women and violence of all kinds.