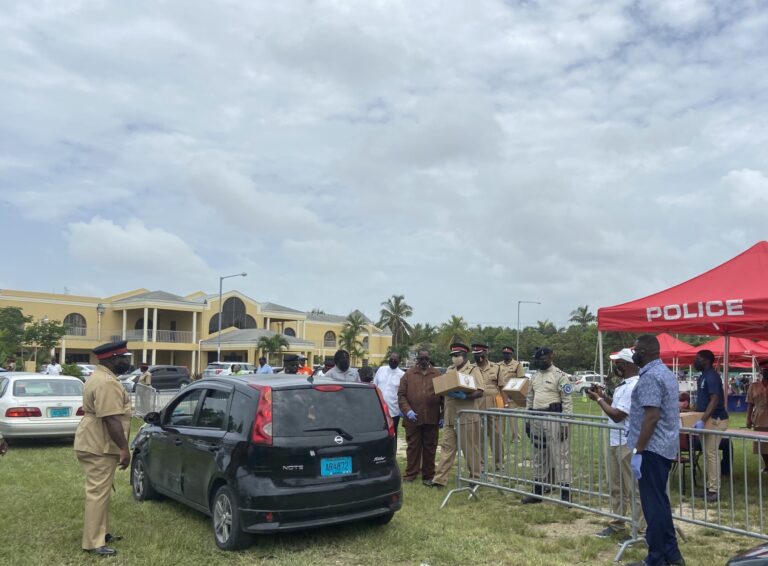 NASSAU, BAHAMAS — The Royal Bahamas Police Force yesterday partnered with the Ministry of Health, the Golden Gates Assembly Church, and Voice of Deliverance Cathedral to host a give-back at the Golden Gates Park.

The initiative included a vaccination drive in the foyer of the church, health screening for men on the park in honor of Father’s Day, and drive-thru distribution of care packages and food vouchers.

Commissioner of Police Paul Rolle said some 300 care packages were given out, along with 150 food vouchers for people in need.

He noted that the RBPF’s Sick Bay was on standby doing free health checks for men, including checking blood pressure, glucose, and more, highlighting that men rarely go to the doctor when compared to women.

Rolle also urged Bahamians to take any opportunity they can to get vaccinated.

“We are still in this COVID and this is one of the ways in which we can give back,” he said.

The police commissioner underscored the importance of the police force to foster better relationships with the community, noting that this is just one of the ways police are giving back.

“I’ve been saying for a while now that the police are your friends,” he said.

Since receiving the appointment of COP in March 2020, Rolle has embarked on several initiatives aimed at increasing police presence and public trust throughout communities in the country.