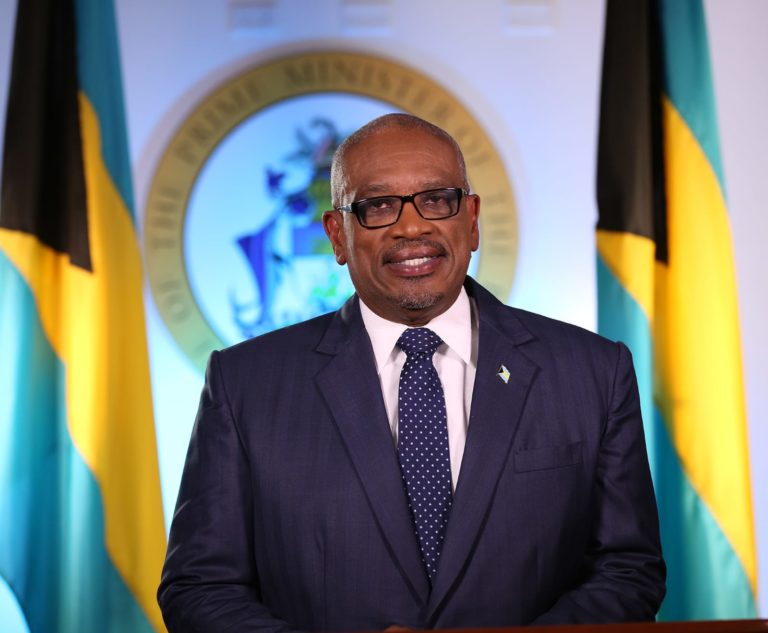 NASSAU, BAHAMAS — Prime Minister Dr Hubert Minnis today pledged his “abiding and unwavering commitment” to continue to do all that he can to help to restore the lives and the communities of those devastated by Hurricane Dorian one year ago.

The official death count stands at 74, but the missing person numbers continue to be a contentious issue.

During a national address marking the one year anniversary of the devastating Category 5 storm, the prime minister memorialized those whose lives were lost and those who lost loved ones and are still grieving.

“We remember the survivors of Hurricane Dorian, who are still rebuilding their lives and their communities on Abaco, throughout the Abaco Cays, and on Grand Bahama,” Minnis said.

“We remember and we will never forget the pain, the suffering and the devastation from this monster storm, from which it will take time to recover on many levels.

“Bahamians and residents suffered life-changing injuries and mental trauma from what they endured.”

The storm destroyed homes, schools, health care facilities, churches and utility infrastructure on both islands – including water, electricity and telecommunications.

“The areas in Abaco and Grand Bahama struck directly by the storm looked like war zones afterward,” the prime minister recalled.

Some areas hit by the storm have still not recovered to date.

But the prime minister insisted that it will take time to rebuild the vital infrastructure, including the rebuilding of utilities in Central Abaco.

“We have made some progress, but not enough,” he said.

“There is still so much, much more to do.”

Minnis offered thanks and gratitude to all the Bahamians and Bahamian groups along with the international agencies, NGOs, and volunteers who helped in the immediate aftermath of the disaster, and who are still working at restoration.

“It will take many years before Abaco and Grand Bahama are fully restored,” Minnis said.

“I fully acknowledge the frustration at how long many things have taken.

“We pledge to communicate to you in a timelier and more effective manner.

“On behalf of the Government, I acknowledge what has not been done and the long and difficult road ahead.

“The government continues to do the hard work to restore and to rebuild the communities still hurting badly on this painful day of remembrance.”