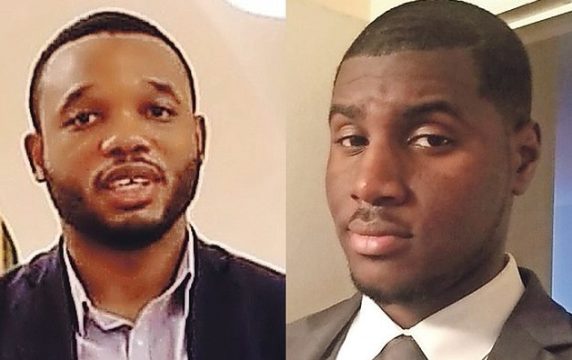 Says we must respect the laws and procedures of Italy

NASSAU, BAHAMAS – As speculation of the recent deaths of two Bahamians in Italy remains rife, Prime Minister Dr. Hubert Minnis said he is confident that Italian authorities would conduct a proper investigation to determine how Alrae Ramsey and Blair John met their demise last week in Turin, Italy.

“They have been investigating the death of people for umpteen years, before I was on this earth, why should I not have confidence in them to date,” said the prime minister while addressing reporters in a side interview after the swearing-in ceremony of Chief Justice Brian Moree at Government House Wednesday.

“The Italian people have confidence in them, it is something they have always done. They are a sovereign nation and we must respect their laws and their procedures.”

The bodies of Ramsey, a Foreign Service Officer and John, a Psychology Ph.D. student, were discovered by Italian authorities in waters of the River Po in Turin, Italy on Tuesday, June 4 and Wednesday, June 5, 2019.

Autopsies were  performed on both bodies on Monday, June 10, but the results of these autopsies have not yet been shared with His Excellency Ellison E. Greenslade, the High Commissioner of the Bahamas to the UK of Great Britain and Northern Ireland, who was dispatched to Italy on Saturday past to make further inquiries into the deaths of both men.

On Monday night, Greenslade said “good progress” was being made in the investigation.

Earlier this week, the parents of Blair John expressed that they do not believe or agree with stage one of the  autopsy report, which suggested that John and his male friend, Alrae Ramsey, met their demise by drowning.