FILE - In this Jan. 21, 2018, file photo, actor-director Idris Elba poses for a portrait to promote his film "Yardie" at the Music Lodge during the Sundance Film Festival in Park City, Utah. On Monday, Nov. 5, 2018, Elba was named Sexiest Man Alive by People magazine. (Photo by Taylor Jewell/Invision/AP, File)

LOS ANGELES (AP) — People magazine has named Idris Elba as 2018′s Sexiest Man Alive, and the British actor says the honor has given him a boost of self-confidence.

Elba, who starred in “The Wire” and “Luther,” was surprised after being crowned this year’s winner, the magazine said.

“I was like, ‘Come on, no way. Really?’” he told the magazine. “Looked in the mirror, I checked myself out. I was like, ‘Yeah, you are kind of sexy today.’ But to be honest, it was just a nice feeling. It was a nice surprise — an ego boost for sure.”

Elba’s selection was revealed on “The Tonight Show Starring Jimmy Fallon,” with the actor appearing via satellite from London. Fallon had Elba perform poses to match the magazine’s cover description of him as a “sweet, smoldering superstar.” Elba said of his selection, “My mom is going to be very, very proud.”

The actor has also starred in Marvel’s “Thor” franchise and as Nelson Mandela in the film “Mandela: Long Walk to Freedom.”

Elba, 46, also performs on the side under the deejay name DJ Big Driis and has his own clothing line. He is also planning a wedding with his fiancée Sabrina Dhowre.

The actor has a 16-year-old daughter, Isan, and a 4-year-old son, Winston, from previous relationships. 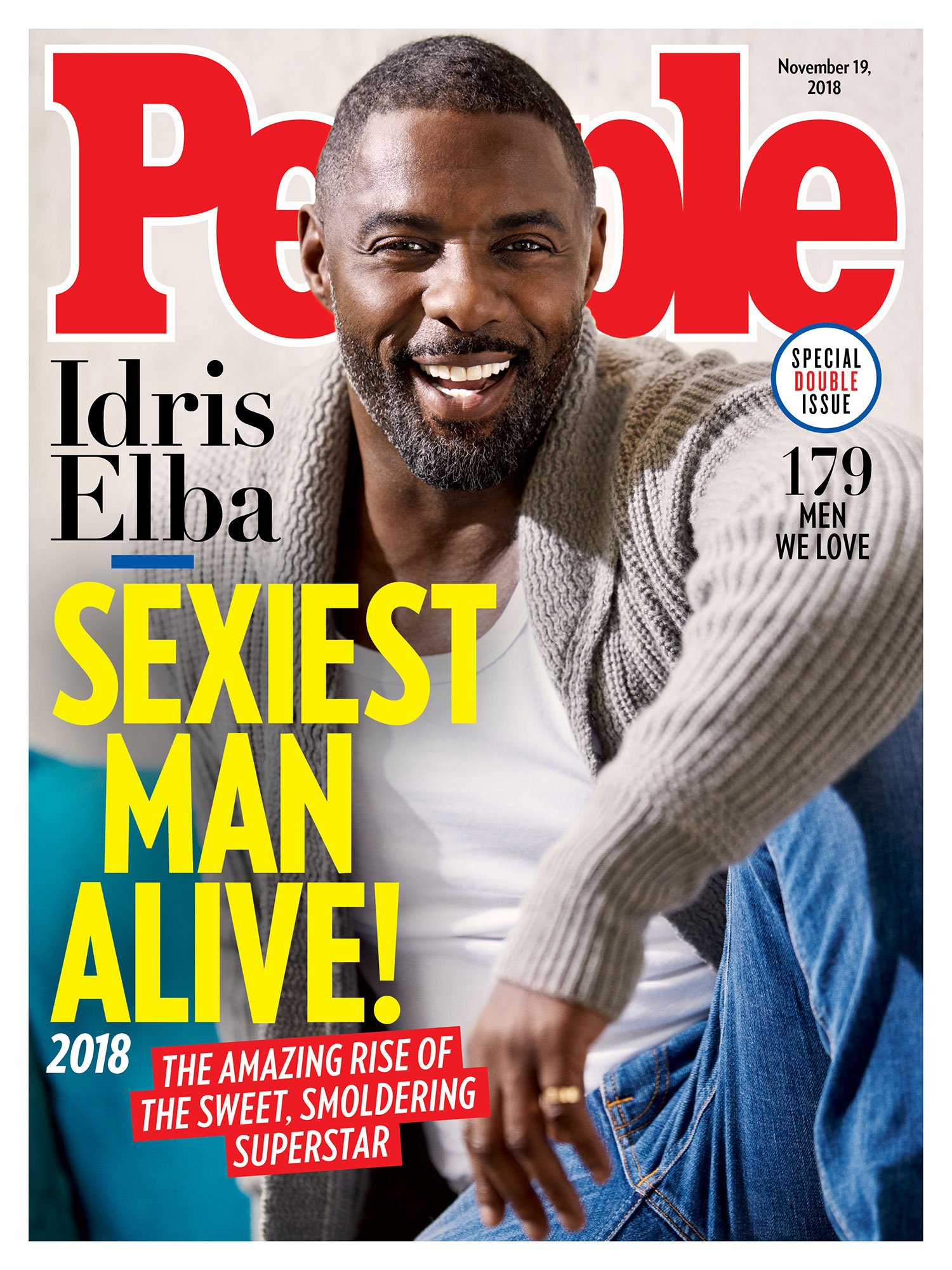 Elba told People about his upbringing as an only child of African immigrants growing up in East London. The actor said his parents were strict and he got picked on often while attending an all-boys school despite playing an array of sports including football, basketball, cricket, hockey and rugby.

“I was very tall and skinny,” recalled Elba, who stands at 6-foot-3. “And my name was Idrissa Akuna Elba, OK? I got picked on a little bit. But again, as soon as I could grow a mustache, I was the coolest kid on the block. Grew a mustache, had some muscles, bonkers.”

Elba will be featured in a special double issue that will hit newsstands Friday. The actor said he tries to live life without few regrets.

“Life isn’t about thinking about what you should have done,” he said. “I think everyone should adopt the philosophy that tomorrow is not promised so just go for it today. You might as well do it to your heart’s content.”