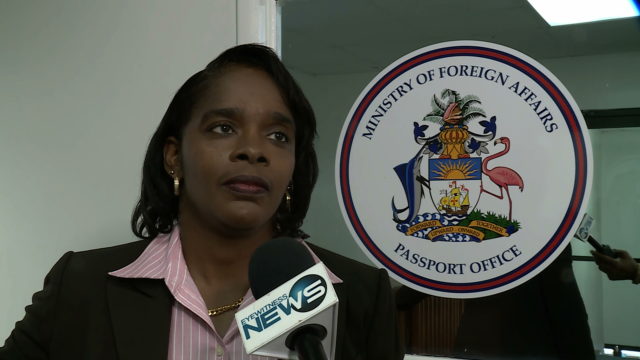 The Passport Office shot down what they called “fake news” today, which suggested that the government agency would begin charging Bahamians a storage fee if they did not collect their official documents in a timely manner.

Rumors spread like wildfire early Friday morning that the passport office had completed the processing of some 2,000 passports and would begin charging Bahamians a $100 storage fee.

“Right now we currently have about 1,382 passports that are ready for pick up and no it’s not true that we are charging a storage fee for them,” Dean confirmed.

It’s no secret that the passport office is sometimes caught in the thick of a summer rush when processing passports, but Dean confirmed that there will be no hiccups this year.

“We are now processing them within two-three weeks,” she said.

“Once the passports are ready we have a system in place where we would notify the person via email or telephone that they can come and pick them up and if they don’t we just have them and we store them in the safe.”

Dean warned Bahamians not to be deceived or turned off by the long line that they may meet once they have arrived to collect their passport.

“Well there’s a long line at the front end because our foyer can only hold so many persons at one time,” she explained.

“So we ask persons that while they are waiting, to look at their documents, look at the application form, make sure all sections are filled out, make sure they have all their documents and everything is in order so that once they get to the window it’s a seamless process that we can get them out to bring those on the outside, on the inside.”

Dean advised Bahamians to stray away from waiting until the last minute to process their travel documents.