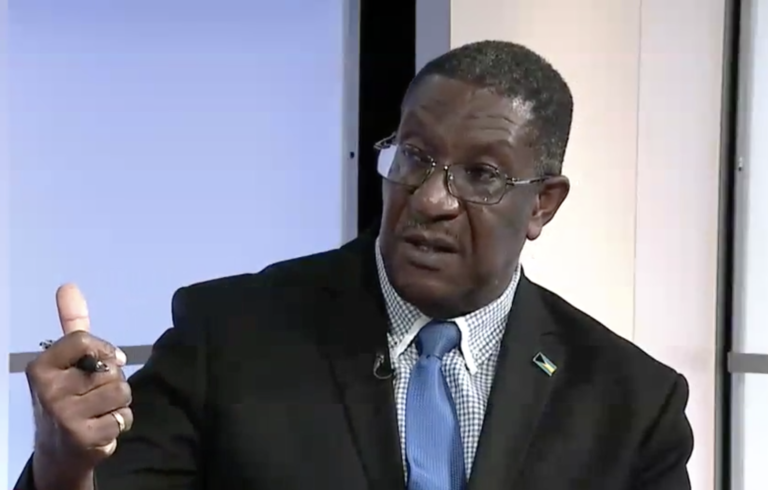 NASSAU, BAHAMAS  — Former House Speaker Halson Moultrie yesterday challenged the Davis-led administration to prioritize resolution to allow Parliament to meet in a hybrid manner and not miss out on the opportunity like the Minnis administration — who he said was given at “no cost” proposal to hold proceedings at the Baha Mar resort.

In an interview with Eyewitness News, Moultrie expressed his support for the government’s decision to hold the Opening of Parliament and the Speech from The Throne at the resort.

“I find that very interesting and I think it is rather progressive to move in that direction,” he said.

He noted that the decision is in line with advanced governments around the world that saw a need to pass a resolution to allow proceedings to meet in a hybrid form.

There had been numerous calls for the government to introduce a safer, hybrid method for parliamentary proceedings throughout the COVID-19 pandemic.

While a resolution had been drafted last September, recommending “hybrid” and virtual parliamentary proceedings amidst the ongoing pandemic, there was no movement on the matter and Moultrie claimed those recommendations were ignored by the executive.

“Baha Mar had offered the Parliament, at no cost to the government or the Bahamian taxpayers, the opportunity to meet at Baha Mar,” the former speaker said.

“They would set up the facility with nine feet distancing, offered us a secretariat, all of the technical requirements in terms of Parliament broadcasting.

“But the executive, led by Dr. Hubert Minnis, opted not to accept the gift and also refuse to pass the resolution that was proposed and submitted.”

Moultrie said he now finds it amusing that Minnis, now leader of a seven caucus opposition, has to go to the same place he reportedly rejected for the Open of Parliament.

“I think it is something that needs to be done,” he added.

Moultrie has continuously called for the separation of powers and autonomy of the Lower Chambers, insisting that it is a major step needed to move the country forward and to deepen democracy.

He noted that while it is comforting that Davis has previously supported the independence of the legislative branch, it was still disappointing to see the appointment of such a large executive branch.

He warned that the legislative branch should not be diminished because it could lead to a lack of accountability, lack of transparency, and corruption.

Moultrie underscored that the Parliament should be able to function independently of the executive branch in order to effectively execute the mandate of the Constitution — which is to oversee and supervise the activity of the executed.

The former speaker pointed out that with such a large executive — 29 members— Parliament will not be able to appoint standing committees without executive members on committees, which he labeled as  “absurd”.

He said he will seek to make his views and counsel available for the new speaker.

Bamboo Town MP Patricia Deveaux was elected as the 55th speaker of the House of Assembly.